Kremlin 'very glad' at lifting of ban on 28 Russian athletes 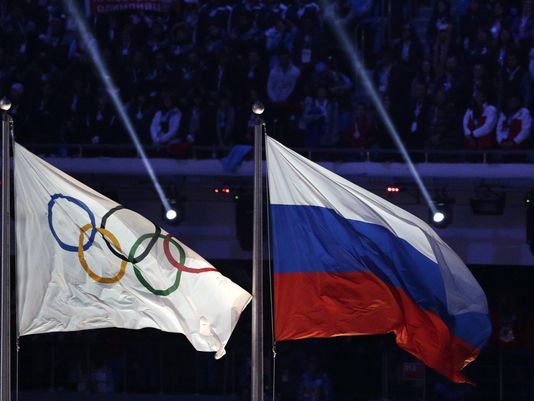 Russia on Thursday welcomed a decision by the Court of Arbitration for Sport to lift bans on 28 of its athletes accused of doping, and said that its efforts to defend its rights were paying off.

"The information about the decision of the Court of Arbitration for Sport proves that energetic work to stand up for our rights in court and elsewhere -- it is justified, it can be effective and it should continue," Peskov added.

"And we are hoping that this work will certainly continue."

Peskov said it was not clear whether the 28 Russian athletes would now be able to take part in the Winter Games set to begin in Pyeongchang, South Korea next week.

"It is a difficult question," the Kremlin spokesman added, noting Russian officials would continue talking to the International Olympic Committee.

Earlier Thursday, the Lausanne-based court lifted life bans on 28 of the 43 Russians accused of doping at the 2014 Sochi Winter Olympics.

In a decision that could allow some of them to compete in the Winter Olympics, the top sports court ruled there was "insufficient" evidence that the athletes had benefited from a system of state-sponsored doping at the last Winter Games, hosted by Russia.

In addition to lifting the bans on the 28 athletes, CAS also lifted the life bans of another 11 Russians but barred them from competing at the Pyeongchang Olympics that start on February 9.

"We will continue our peaceful legal fight for the rights of our athletes," Peskov said.

"As for the question about whether there were problems with doping or not -- certainly there were, just like in many other countries," he added.

"We will continue our uncompromising fight against doping."

The International Olympic Committee has banned Russia from competing at Pyeongchang as a team over the doping scandal, although 169 Russian competitors have been cleared to take part as neutrals.