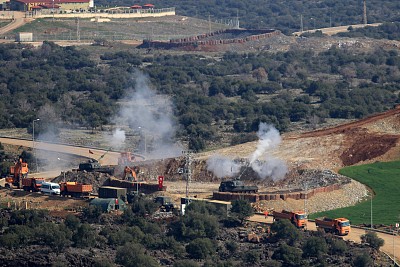 The Kurdish militia of the People's Protection Units (YPG) on Saturday announced readiness to commit to the recently adopted UN Security Council Resolution for a nationwide cessation of hostilities in Syria.

In a statement, the YPG said it welcomes the UN Security Resolution 2401, which was adopted a day earlier and designed to establish a 30-day nationwide cease-fire in Syria quickly, without identifying a date.

The resolution largely focuses on allowing humanitarian workers to do their job in helping the civilians in need across the country and through the frontlines.

The YPG has been on over a 30-day long military confrontation with Turkey, which launched a military campaign against the YPG in Syria's northern Kurdish-controlled enclave of Afrin.

The YPG noted that it reserves the right to respond in case of legitimate defense.

Since Jan. 20, Turkish troops, together with allied Syrian rebels, have been conducting a cross-border military operation in a bid to drive the Kurdish militiamen out of Afrin.

Citing the need to protect its national security, Turkey launched the cross-border "Operation Olive Branch" in Afrin in January to oust the fighters of the Kurdish People's Protection Units (YPG), regarded by Ankara as the Syrian affiliate of the banned Kurdistan Workers Party (PKK) which has been fighting for autonomy in the southeast of Turkey.

A recent UN report said at least 15,000 people have been displaced since the start of the Turkish military operation against Kurdish fighters in Afrin.