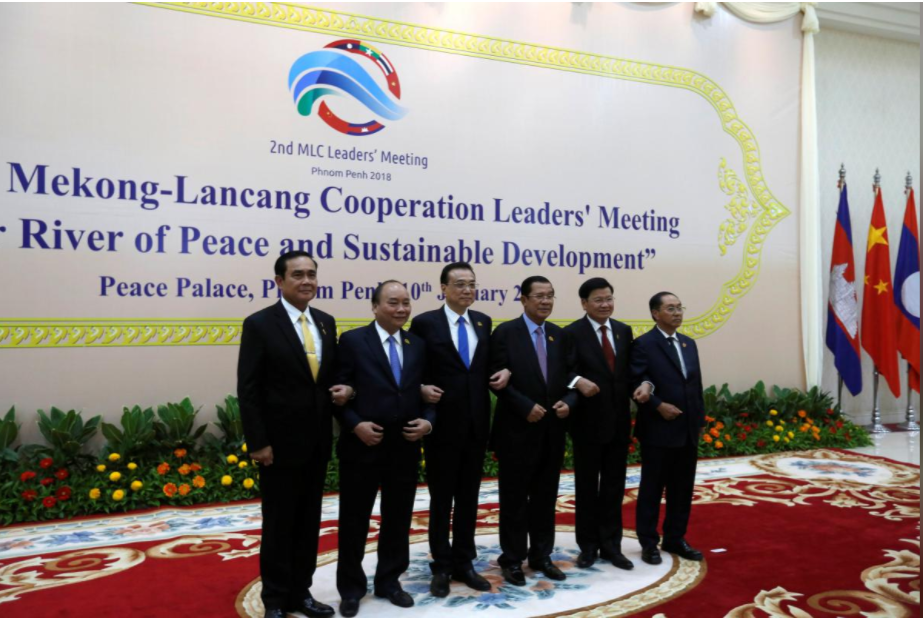 As the second Lancang-Mekong Cooperation Leaders' Meeting unveils on Wednesday, the Chinese delegation led by Premier Li Keqiang is expected to send a signal that the mechanism underscores inclusive regional development that will benefit all relevant parties.

The Lancang-Mekong Cooperation is a sub-regional cooperation mechanism first proposed by China in 2014. Countries involved in the mechanism are Cambodia, China, Laos, Myanmar, Thailand and Vietnam.

The river originates from China's Qinghai-Tibet plateau and is called Lancang in China. The lower part of the river, which flows through the other five countries, is referred to as Mekong.

The focus of the mechanism are centered on three pillars, namely political and security issues, economic and sustainable development, as well as social, cultural and people-to-people exchanges. These aspects are vital to both maintaining prosperity in the region and enhancing relations among the member countries.

Although a shared river has brought the six nations together, geographic proximity is not the sole factor that leads to the creation of the cooperation framework.

The essence of what makes the mechanism not only possible but also necessary lies in the fact that the member states are all developing countries. As such, they share the common goals of developing the economy and improving people's livelihood.

China, as the world's largest developing country, has always played an active role in the mechanism. When hosting its inaugural meeting in 2016, China initiated a special fund to support small- and medium-sized cooperation projects in the member states.

Some 7.3 million U.S. dollars from the fund has been allocated to carry out projects in Cambodia that covers areas such as agriculture, tourism, technology, public health, education, air connectivity and cultural exchange.

An additional amount of the fund will be invested in a total of 13 projects in Laos that will facilitate the land-locked country's social and economic development, according to an agreement signed between China and Laos in January.

At the end of 2017, China and Thailand kicked off the construction of a high-speed rail line featuring Chinese technology and connecting Bangkok and the northeast Thai city of Nakhon Ratchasima. It is the first phase of a joint project that will see the railway stretch further northward and ultimately reach the Nong Khai city.

On the law enforcement front, China and other partners in the mechanism have engaged in combatting cross-border crimes, with Thailand hosting the first phase of such missions in early 2016.

The region along the Mekong River is infamously known as the Golden Triangle, a term which oftentimes reminds people of large-scale opium plantation as well as rampant drug trafficking.

In an effort to root out these illegal activities, the six countries have conducted a three-month anti-drug operation in 2016, during which liaison staff shared information and coordinated their actions. Similar joint missions are expected to continue as the countries eye strengthened law enforcement cooperation in the future.

Not only is the Lancang-Mekong Cooperation conducive to narrowing the development gaps among its member states and countries in the larger Southeast Asia region, it will also foster a more open, inclusive and balanced economic globalization that benefits all.