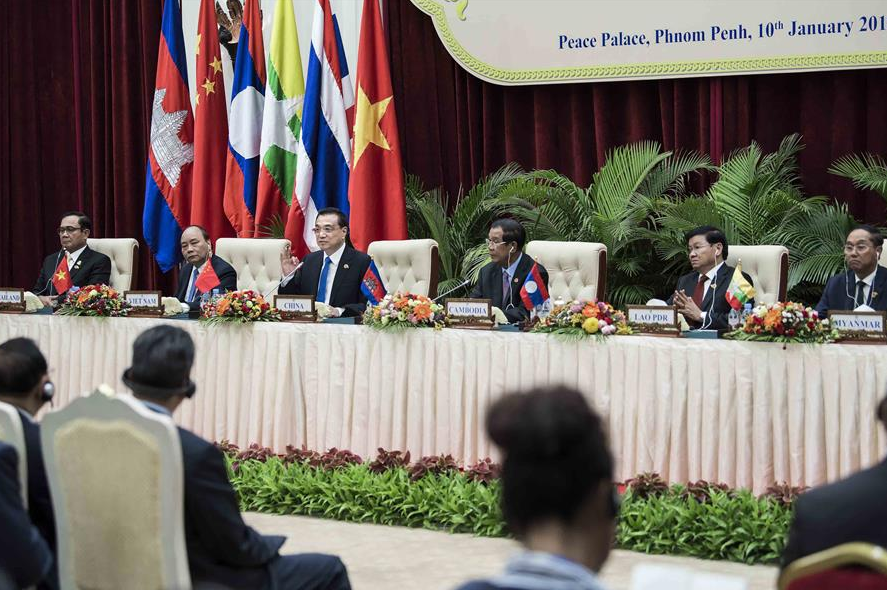 Promoting fair and equal cooperation and sustainable development, the Lancang-Mekong Cooperation (LMC) is expected to offer a new path in sub-regional development.

Echoing the concept of "building a community with a shared future for mankind," the LMC is a sub-regional cooperation mechanism connecting six countries along the river, Cambodia, China, Laos, Myanmar, Thailand and Vietnam.

Originating from the Qinghai-Tibet plateau in southwest China, the river is called the Lancang River in China, and the Mekong River when it flows through the other five countries before emptying into the sea.

Li said that with progress and results delivered daily, monthly and annually, a truly remarkable LMC speed had been created.

Proposed by China in 2014, most of the LMC's 45 Early Harvest Projects and 13 Initiatives have already been completed or recorded substantive progress.

The first batch of projects of the LMC Special Fund have also been completed, and other funding pledges that China has made are being steadily honored.

"China is willing to work with others to strengthen the LMC as China benefits from regional stability and its neighbors are beneficiaries of China's economic vitality," the premier said.

With six developing countries involved, the LMC put its focus on their common interest in development and people's livelihood.

"These key areas that the LMC work on are in line with the current development needs of the region, which are more feasible than simply adopting existing practice from other cooperation mechanisms," said Zhong Feiteng, an international relations expert with the Chinese Academy of Social Sciences.

Drinking from the same Lancang-Mekong river, the six riparian countries share a love of nature.

From March to May 2016, China also helped with relieving drought in downriver countries by releasing water from a dam in China.

Lu Guangsheng with Yunnan University said China's emphasis on the balance between development and environmental protection would help transfer the economies of other countries in a greener and low-carbon direction.