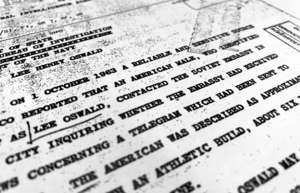 Part of a file from the CIA, dated Oct. 10, 1963, details “a reliable and sensitive source in Mexico” report of Lee Harvey Oswald’s contact with the Soviet Union embassy in Mexico City. Photo: AP

A 1975 CIA memo says a thorough search of agency records in and outside the United States was conducted to determine whether Oswald had been used by the agency or connected with it in "any conceivable way."

The memo said the search came up empty. The memo also said there was also no indication that any other U.S. agency used Oswald as a source or for recruitment.

The National Archives released another 676 government documents related to the assassination on Friday — the third public release so far this year. Under law, all the documents were to be disclosed to the public last week.

Most of the latest release comprises 553 records from the CIA that previously were withheld in their entirety. There also are records from the Justice and Defense departments, the House Select Committee on Assassinations and the National Archives. 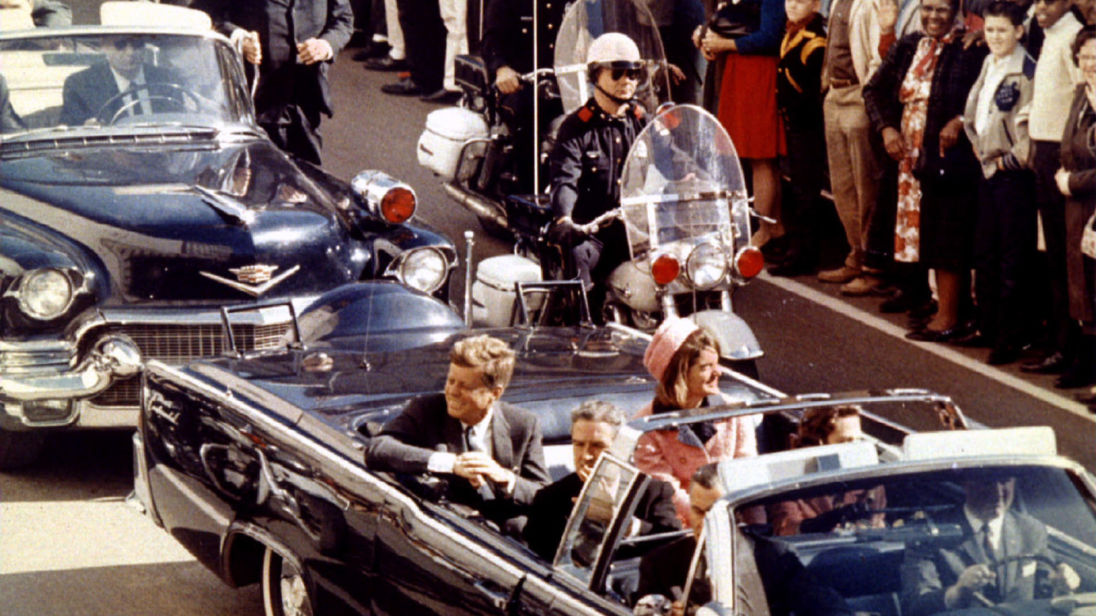 University of Virginia historian Larry Sabato complained that many of the documents in the latest release were still heavily redacted. He tweeted about a 144-page record, titled "Material Reviewed at CIA headquarters by House Select Committee on Assassinations staff members," that had writing on only a handful of pages.

President Donald Trump has ordered the release of all records related to the assassination, and they are expected to be made public on a rolling basis during the next three to four weeks. He also directed agencies to take another look at redactions and withhold information only in the rarest of circumstances.

One record showed how U.S. officials scrambled after the assassination to round up information about Oswald's trip to Mexico City weeks earlier. Officials wondered whether Oswald had been trying to get visas at the Soviet and Cuban embassies in Mexico City in order to "make a quick escape after assassinating the president."

A CIA message sent Nov. 24, 1963 — two days after Kennedy was killed — said an "important question" that remained unsolved was whether Oswald had been planning to travel right away or return to the U.S. and leave later.

The message said that although it appeared Oswald "was then thinking only about a peaceful change of residence to the Soviet Union, it is also possible that he was getting documented to make a quick escape after assassinating the president." 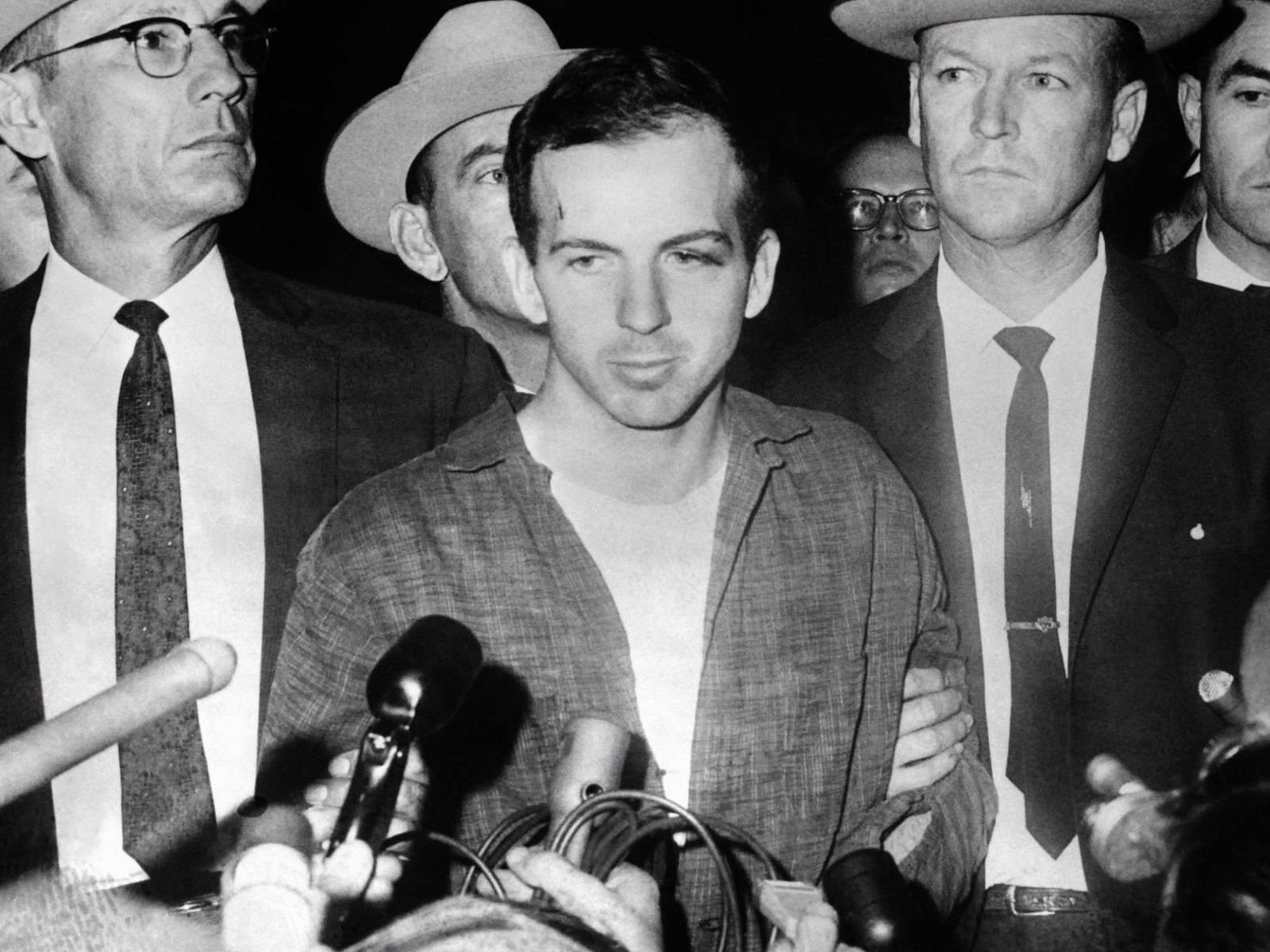 Another record dated April 11, 1964, recounted a visit to the CIA by three staff members of the Warren Commission, which was set up to investigate the assassination.

The memo said the staff members indicated that Thomas Mann, former ambassador to Mexico and then-assistant secretary for inter-American affairs, "still has the 'feeling in his guts' that (Cuban leader Fidel) Castro hired Oswald to kill Kennedy. They said, however, that the commission has not been able to get any proof of that."

Also in the latest release was a 20-page FBI analysis of civil rights leader Martin Luther King Jr. dated March 12, 1968 — a month before he was assassinated on April 4, 1968. One section alleges that King was attracted to former members of the Communist Party in America. It notes that two previous aides were party members and eight others, who helped shape King's organization in its early stages, had communist affiliations.

The analysis said that in the early 1960s, the Communist Party was trying to get a black labor coalition to further its goals in the United States. It referenced a May 1961 issue of a communist newspaper that stated, "Communists will do their utmost to strengthen and unite the Negro movement and ring it to the backing of the working people."

The FBI said King and his organization were "made-to-order" to achieve these objectives.

The FBI's surveillance of King is well-known and the analysis includes several pages about his sexual life. One document said a black minister who attended a workshop to train ministers in February 1968 in Miami "expressed his disgust with the behind-the-scene drinking, fornication and homosexuality that went on at the conference."

"Throughout the ensuing years and until this date, King has continued to carry on his sexual aberrations secretly while holding himself out to public view as a moral leader of religious conviction," the FBI report said.