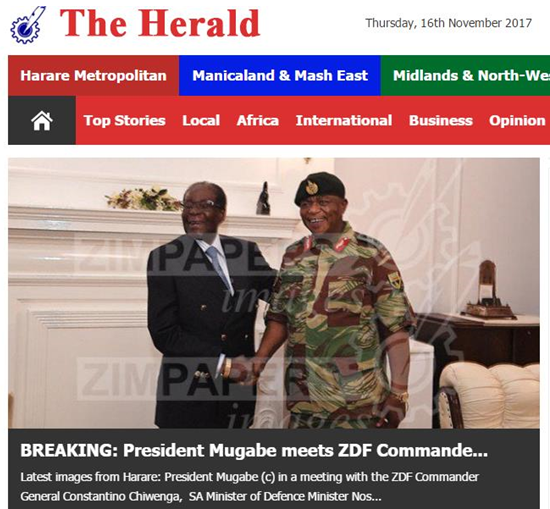 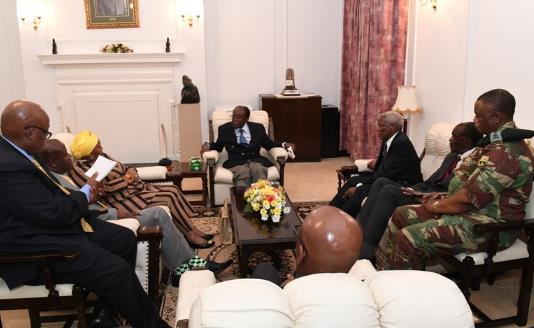 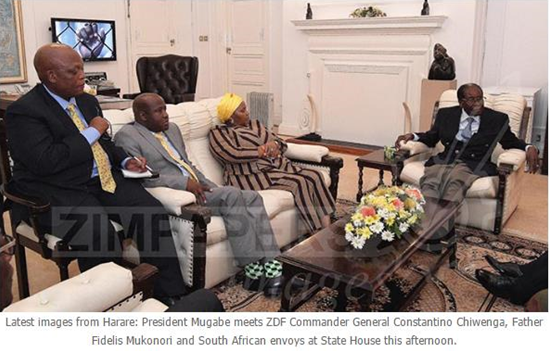 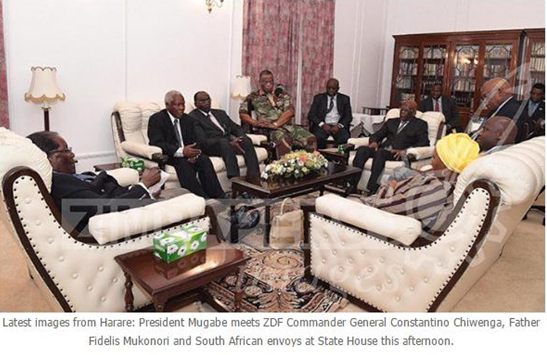 The Herald did not publish the outcomes of the meetings or quotes from those in attendance, but photos reveal a subdued and diplomatic atmosphere.

Reuters news service reported earlier that Mugabe insists he is Zimbabwe’s sole legitimate leader, had has refused to step down.