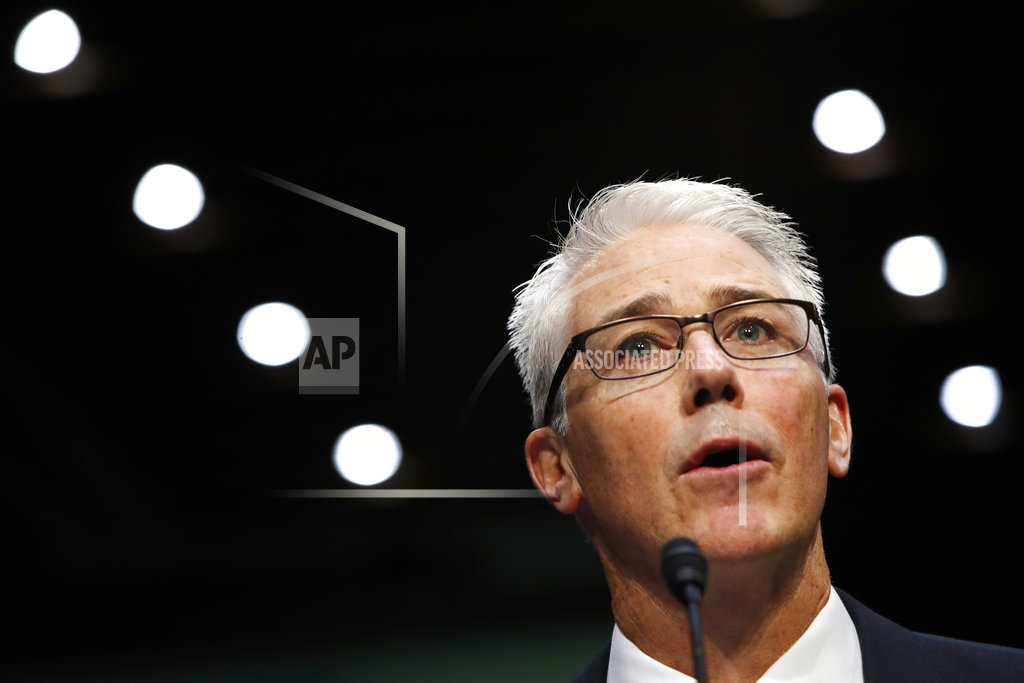 Lawmakers on Wednesday released a trove of Facebook ads linked to a Russian effort to disrupt the American political process and whip up tensions around sensitive social issues such as Islam, race and gun control.

The ads were released as representatives from Facebook, Google and Twitter faced criticism on Capitol Hill about why they hadn't done more to combat Russian interference on their sites.

The few dozen ads, a small sampling of the roughly 3,000 Russian-connected ones that Facebook has identified and turned over to Congress, underscore how foreign agents sought to sow discord among Americans through social media messages on hot-button political topics. U.S. intelligence services say the Russian use of social media was part of a broad-scale effort to sway the 2016 presidential election in favor of Republican candidate Donald Trump.

Many of the ads disclosed Wednesday appear aimed at creating confusion and anger among Facebook users, encouraging them in some cases to attend rallies in support of or against a political cause and using real news stories as a basis for attacks against political candidates.

One advertisement cited a real October 2016 news story — about a gunman's battle with Boston police officers — then used it to attack Democrat Hillary Clinton as "the main hardliner against cops" and promote Trump as the candidate who can "defend the police from terrorists." It received 761 clicks.

Some 34,000 Trump supporters were shown an ad calling for Clinton's removal from the ballot, citing "dynastic succession of the Clinton family" as a breach of core principles laid out by the Founding Fathers. Clicking on it took Facebook users to a petition at WhiteHouse.gov. Another, seen by more than 15,000 people and getting some 1,300 clicks, equated Clinton with President Barack Obama's "anti-police and anti-constitutional propaganda."

Some of the ads took opposing sides of the same issue. One touts an event to "Support Hillary. Save American Muslims!" with a picture of a woman in a hijab beside Clinton. Another for a group called "Stop A.I." urged viewers to "like and share if you want burqa banned in America," because the full-body covering could be hiding a terrorist.

Though officials at Facebook and other social media giants were initially reluctant to acknowledge Russian success on their sites in swaying popular opinion, company leaders have struck a different tone in recent weeks and this week disclosed steps to Congress intended to prevent future meddling in American politics by foreign agents. In preparation for hearings this week, Facebook disclosed that content generated by a Russian group, the Internet Research Agency, potentially reached as many as 126 million users.

The documents released by the House intelligence committee also underscore how targeted the ad campaigns were. One showing a video parodying Trump targeted blacks who also are interested in BlackNews.com, HuffPost Politics or HuffPost Black Voices. It was shown 716 times and got 42 clicks.

Several ads released Wednesday used broken English and had punctuation mistakes, like a coloring book for Bernie Sanders supported by a group calling itself "LGBT United," which read: "stop taking this whole thing too serious. The coloring is something that suits for all people. ..."

Besides the ads released by lawmakers on the House intelligence committee, the Democrats on the panel also released four tweets from RT, a Russian state-sponsored television network. Three referenced Clinton, including one that linked to an RT story about the release of a batch of hacked emails from her campaign chairman, John Podesta. Another featured a video of Clinton falling while getting into a van. "What impact will this stumble have on #Hillary's campaign?" it read.

The FBI and special counsel Robert Mueller are investigating potential ties between the Kremlin and the Trump campaign to tip the election, and prosecutors this week announced the first charges in that probe.