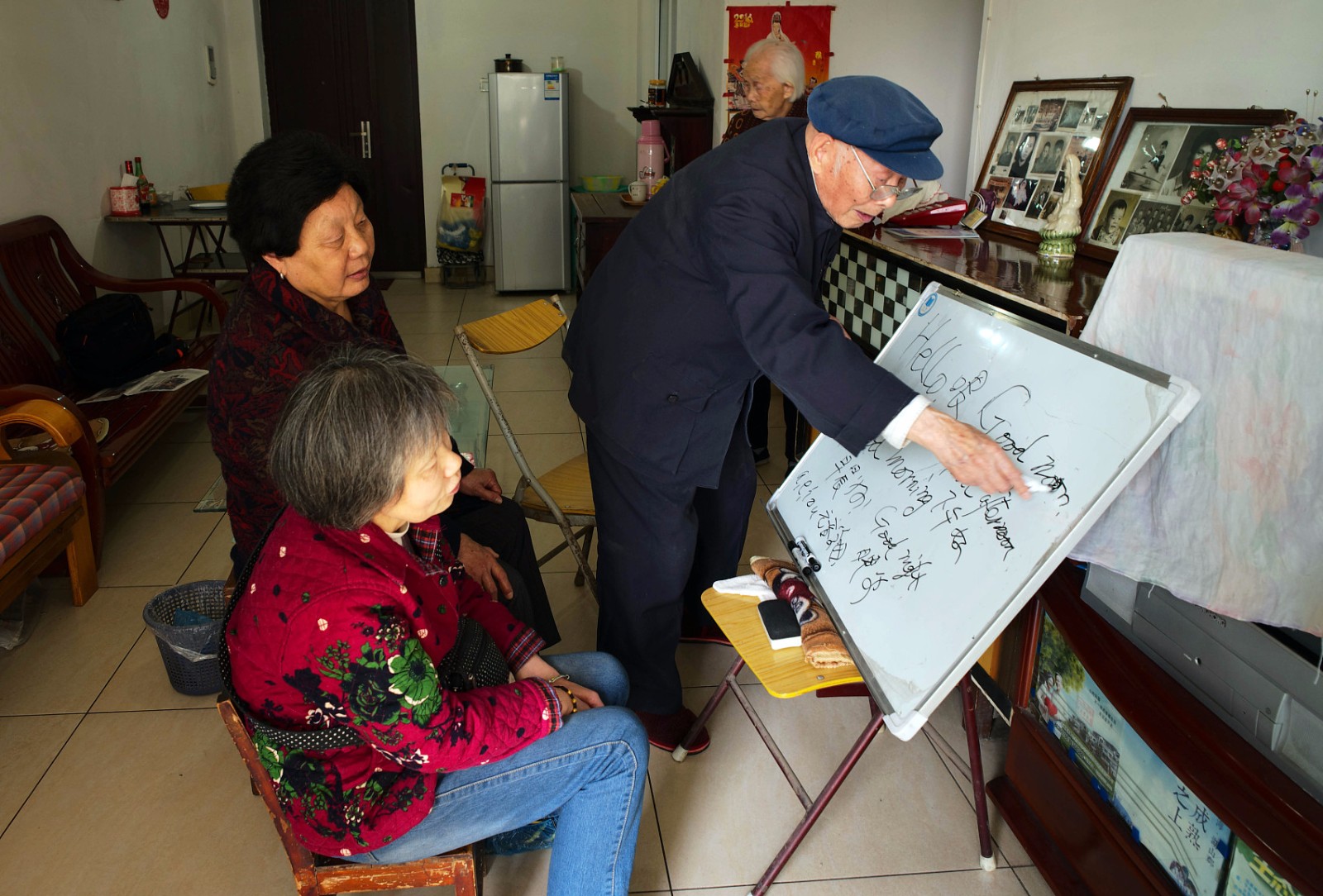 Dai Lichao, a 102-year-old man in Da Dukou of Chongqing City, first fell in love with English when he was in junior middle school. In 1940, he was enrolled in the department of foreign languages at the National Northwest United University. After graduation, he worked in the cultural and educational fields. Up to now, he has continued learning English for over 90 years. (Photos: VCG) 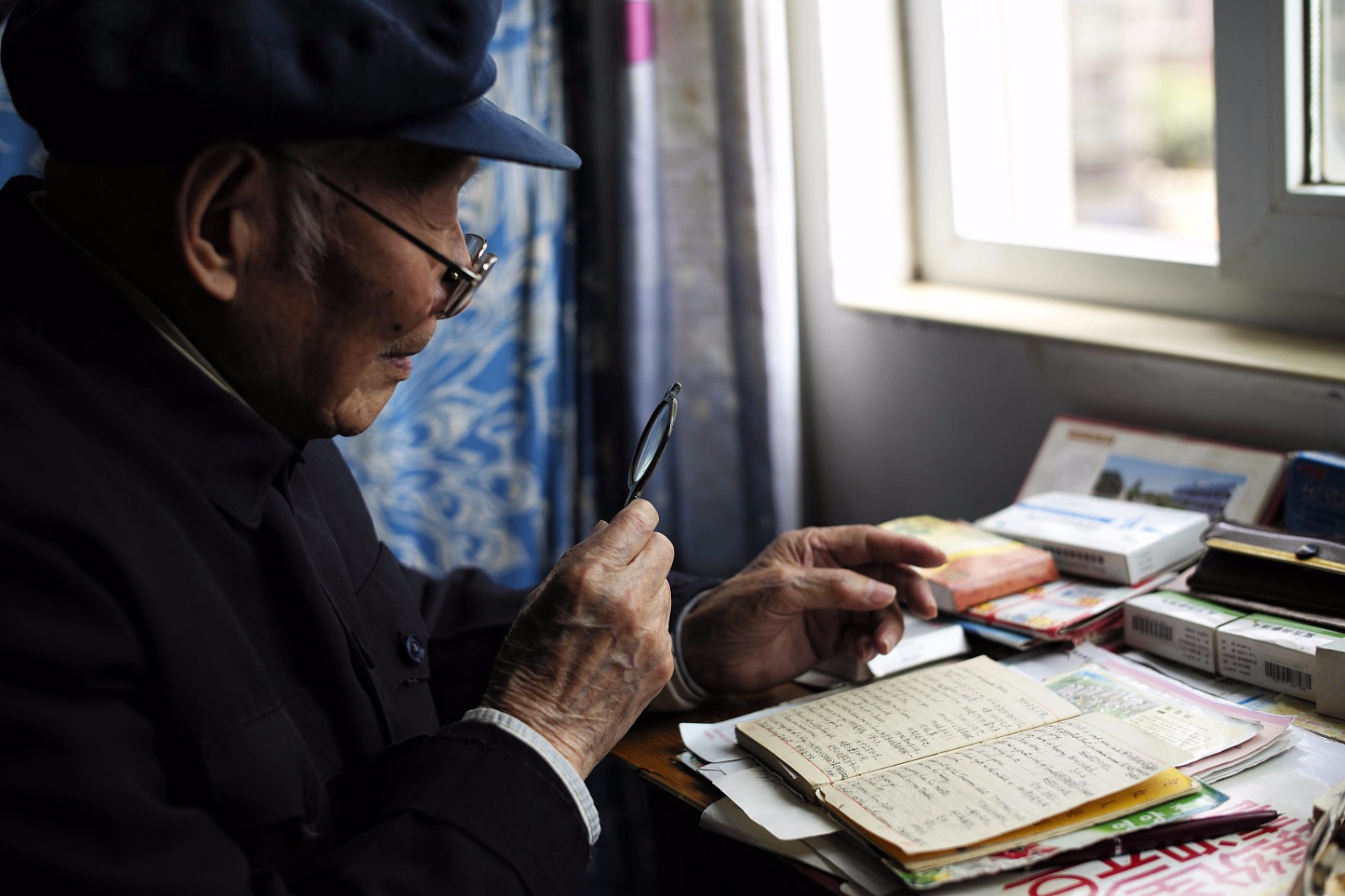 After his retirement, Dai keeps the habit of learning English. For him, learning English is a great pleasure. Now his eyesight is weak. But with the help of eyeglasses, he reads English textbooks every day. 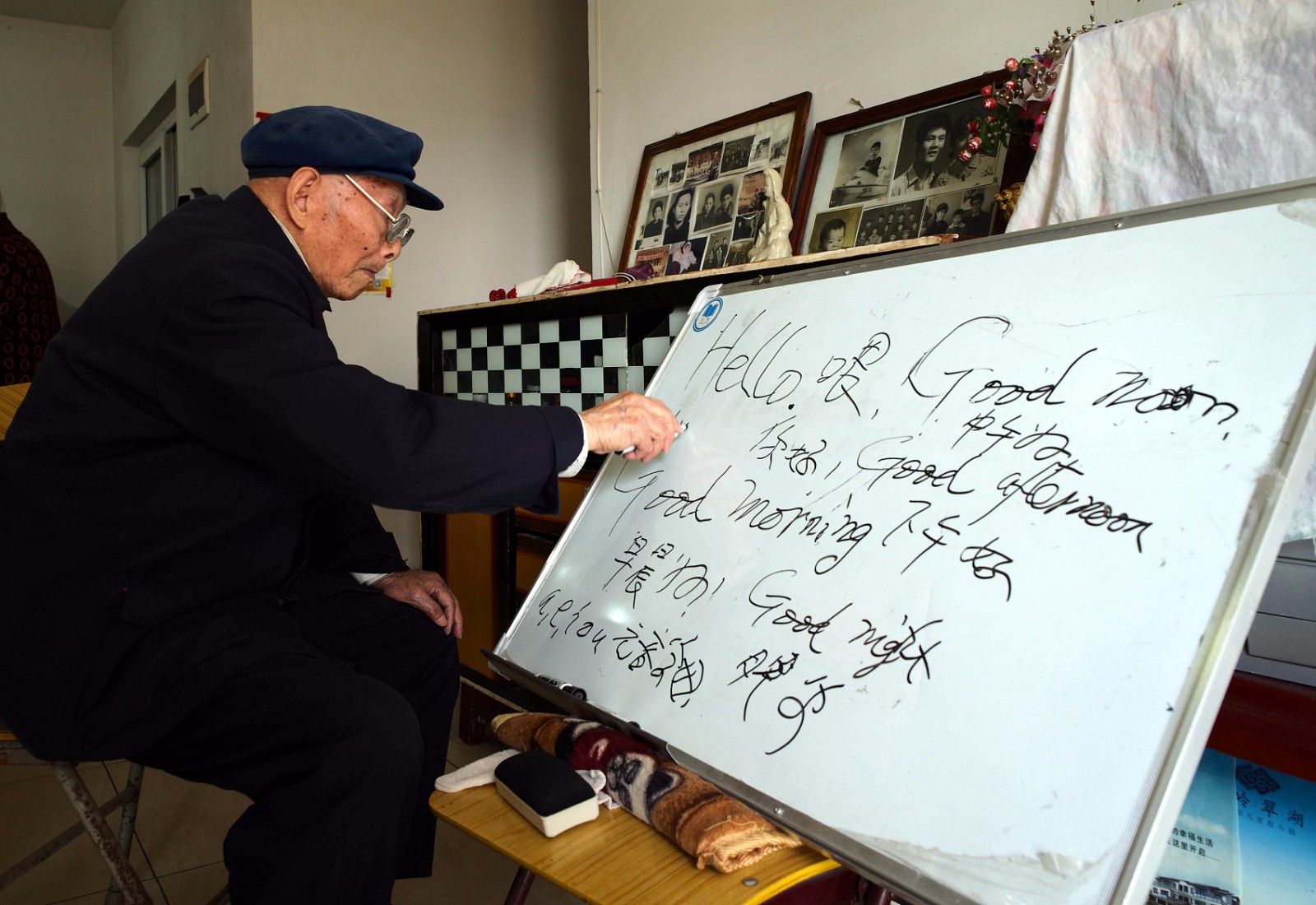 Dai Shiyan, the younger son of Dai Lichao, said that his father was still devoted to his teaching career after his retirement. It was only in 2012 that Dai Lichao gave up this career owing to his 96-year-old age. 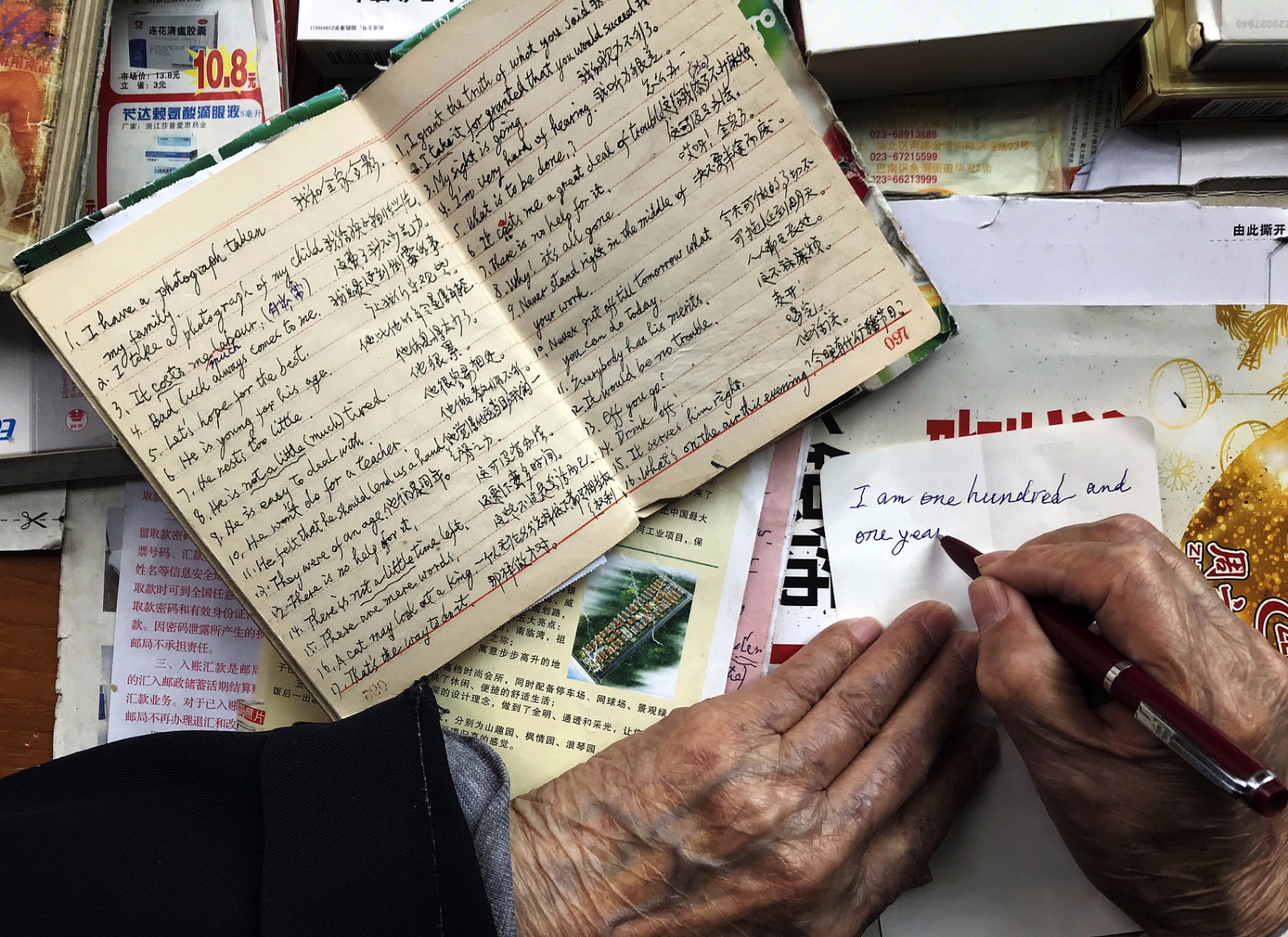 When talking about improving pronunciation, Dai Lichao said that speaking out is the way. Practice makes perfect. When seeing a new word or phrase, one should not be afraid of losing face and just speak it. 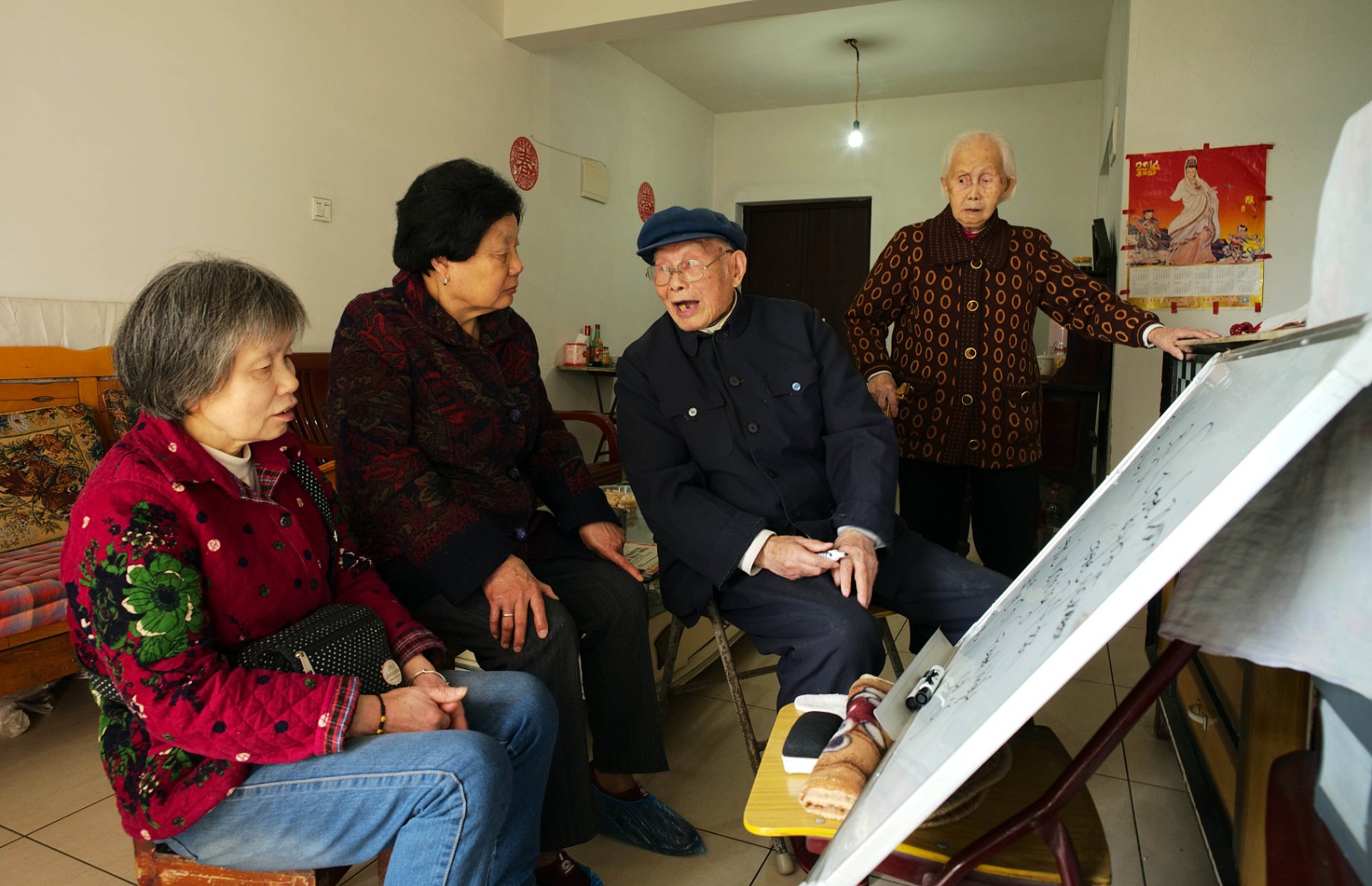 A lot of visitors, including children and neighbors, came to Dai Lichao’s house to learn English.