Travelers must be familiar with its breathtaking landscapes: the vast and shimmering Qionghai Lake, and the Jinkou Grand Canyon, the deepest one in the world's top 10 canyons.

Alas, the beautiful land has the other side of the coin-poverty, owing in large part to the weak infrastructure and the isolation from the outside.

China is constantly stepping up efforts to battle poverty, with investment and funding of more than $15b to improve people's well-being.

Liangshan is no exception. 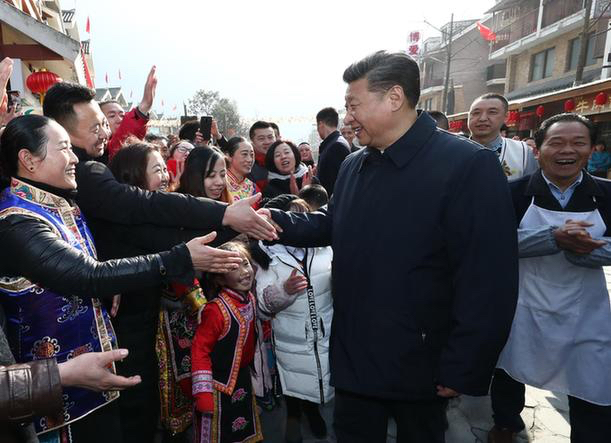 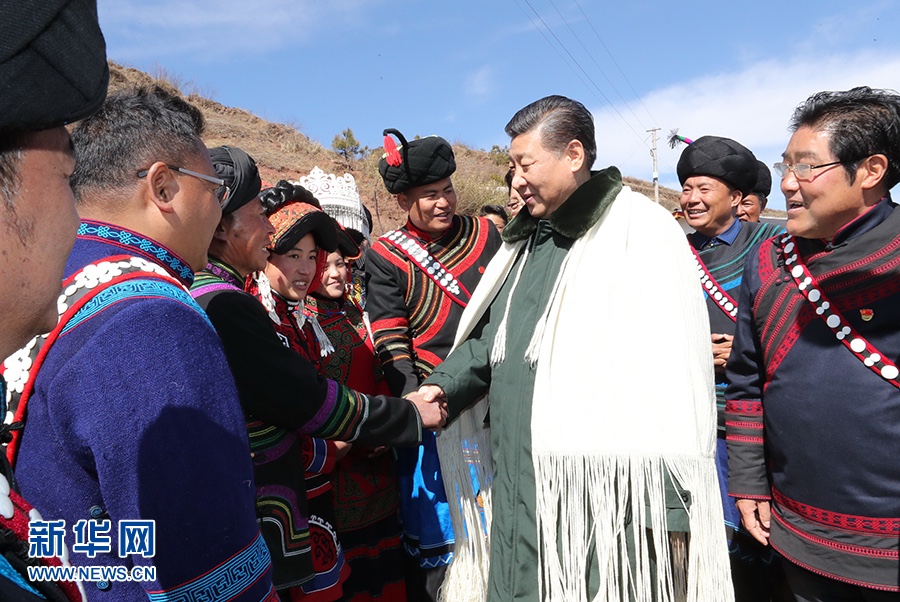 Chinese President Xi Jinping paid a visit to the poor families in Liangshan last Sunday, ahead of the upcoming Spring Festival.

What considerably concerns him is whether the residents can lead a better life. "To build a moderately prosperous society means nobody and no households should be left behind," said the President.

To his relief, the efforts by the Liangshan government to relieve poverty have proved fruitful, lifting roughly 500,000 people out of poverty during the past five years.

Lifeline: Scrambling down 800-meter cliffs to get out

For the farmers in the Le'ershe Village, locating at a vertical height of over 800 meters in Liangshan, to go outdoors means to "scramble out". The only way out requires a five-hour-long descent through thick bushes, vines, and trees, scaling hanging cliffs with rope ladders.

It's worse during the rainy seasons when the vines on the trees and ropes are too slippery to use. 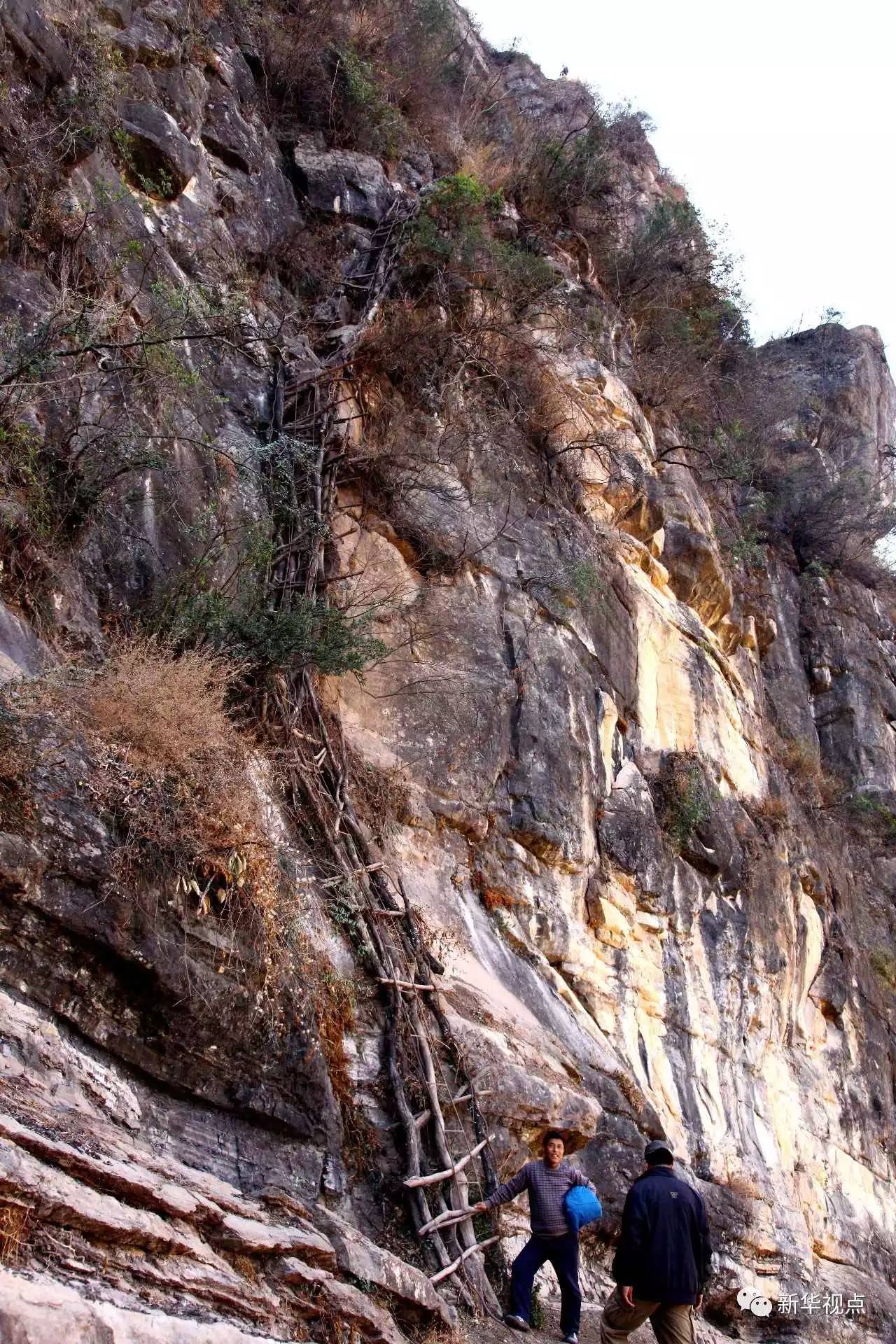 Why not evacuate the villages?

"Generations of people have lived here, and moving elsewhere means leaving behind the abundant natural resources, and even the spiritual roots for the local minorities", said a village official.

Besides, the evacuation is financially strained, since half of the villages in Liangshan have similar problems.

In light of this, officials from Zhaojue County, a higher-level than Le'ershe Village, constructed a special steel ladder (dubbed "Stairway to heaven")  in November 2016 for people to climb up and down in a safer manner.

The No. 5633 green train, has rumbled in and out of Liangshan for next to half a century,  broadening the horizons of the village residents with a journey to modern society. 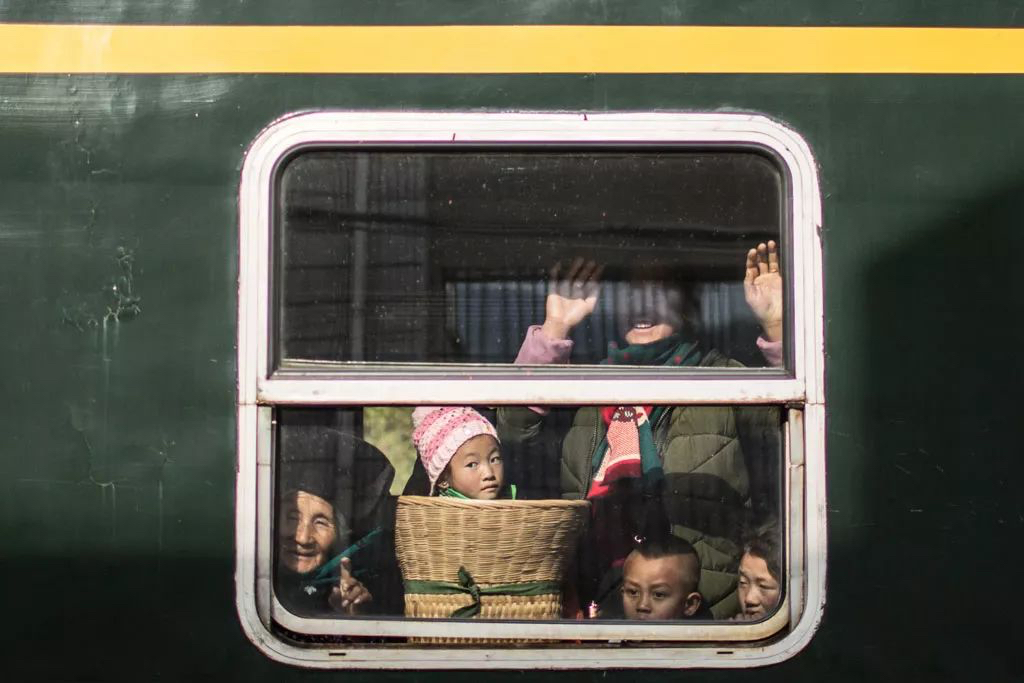 "I was so excited to see the unknown world outside the mountain the first time I boarded the train", said 66-yr-old Amaer.

"We frequently take produce to the cities to sale, because the ride is almost free, much cheaper than by bus", said a villager.

The journey by rail also means safety, convenience and punctuality.

In 2000, the train was overhauled with electric power, which meant it could carry more people and at a higher frequency.

Whereas something remains unchanged: the car at the end of the train, specially made for those rushing to the market while carrying produce and goods. 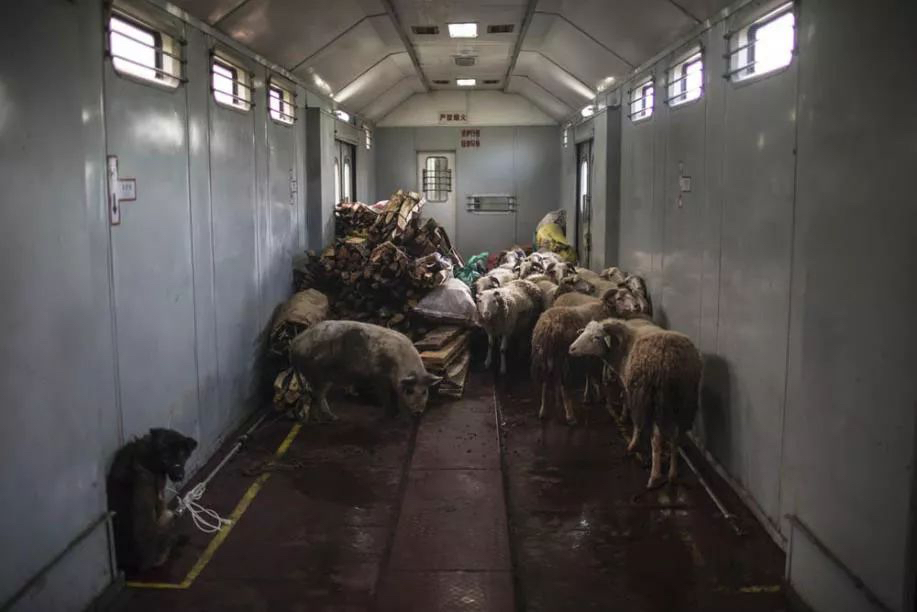 Industry: A pillar of poverty relief

Liangshan is famed for natural agricultural food and fairyland circumstances, a great appeal for those from surrounding urban areas, whose lives intend to go green.

To turn demand into profit, two things are needed: an efficient transportation system and a commerce platform, which both have been provided by the local government.

Since 2016, the mountainous area has enjoyed a boom of agricultural cooperatives for professionally bred domestic animals, which help farmers focus on production and benefit more.

On the other end of the chain, companies in cities sign one-to-one deals with faraway cooperatives, which helps farmers with precise production based on market needs. 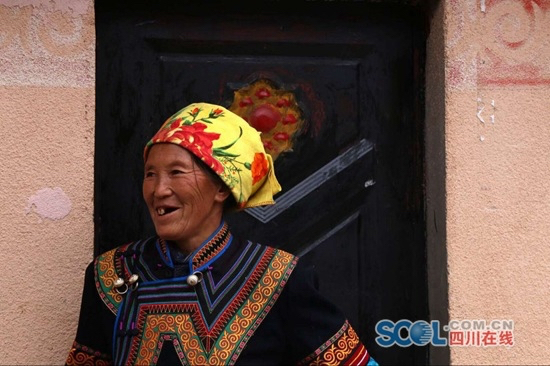 "Governments match the buyers for us, no worry for dead stocks any more," said one farmer in Gumo Village. "This year I've sold 60 chickens for 9,000 yuan ($1,440). It's unimaginable before!"

The tourism chain grows increasingly attractive as well, with its unique sightseeing and intriguing culture and convention.

One success is the beauty spot of Guli Great Canyon, a win-win outcome through a joint effort among the Zhaojue County government and a Chengdu-based travel agent.

Mose Labo, born in Zhaojue County, is a good climber who was offered a job as a tour guide with the same travel company.

In 2016, 28 villages in Butuo County alone, made 12m yuan ($2m) from growing Fuzi or monkshood in technical terms, one kind of TCM. 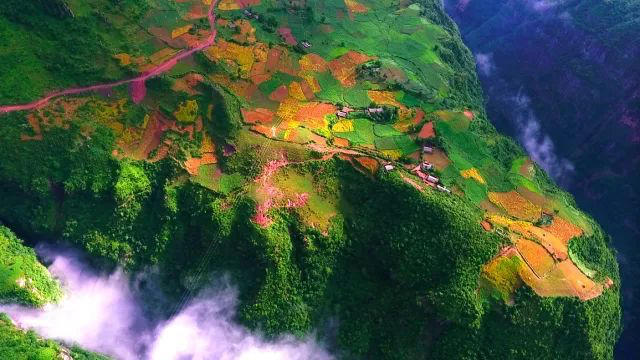 Many medicine companies vied to step in, say Gooddoctor Group, a famed pharmaceutical business in Sichuan Province, which has set up nine manufacturing outlets in the area, creating 1,900 jobs for impoverished families.

Liangshan, a mysterious land with well-preserved circumstances and ancient conventions, is hailed by anthropologists worldwide as the living fossil of the slave society.

Nevertheless, the transformation of its primitive society into modern one creates confusion among villagers, and also challenges for poverty relief work.

Wooden furniture donated by the local government was used to make fire, since they do not see any differences between furniture and wood.

Washing machines were not used for cleaning clothes, instead as metal cupboard for storing goods. 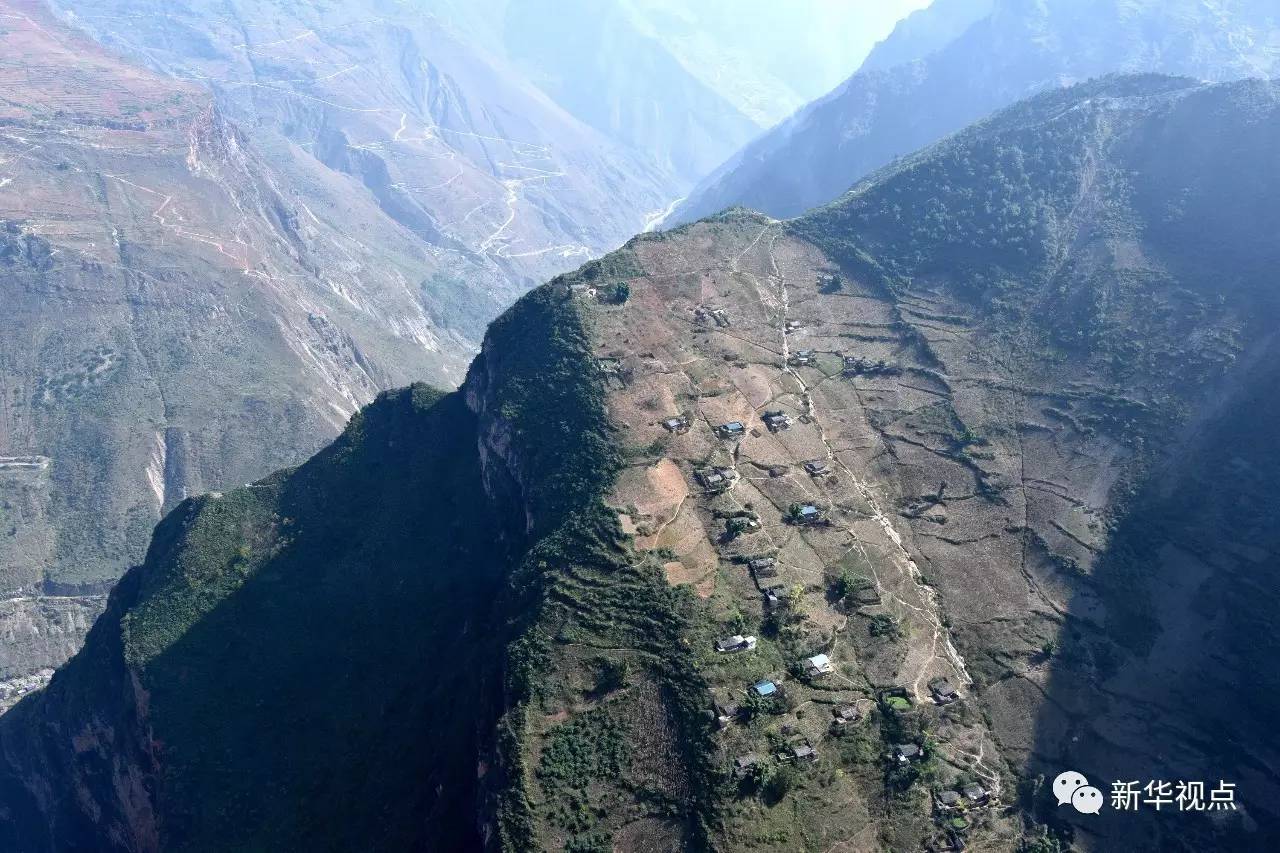 These ridiculous moments taught local officials a lesson that the conventional way of rendering necessities should blend with education and enlightenment.

Language study came first. A 15-year free education program covered each corner of the prefecture, teaching those of all ages Mandarin Chinese.

Massive financial support flowed in, such as a loan of 2.4b yuan ($400m) designated for building 450 county-level kindergartens and remodelling 475 boarding schools.

As a result, the enrollment rate of school-age population in primary and middle schools reached 99.54% and 93.17% respectively. Over 3,000 Yi ethnic people were gainfully employed. 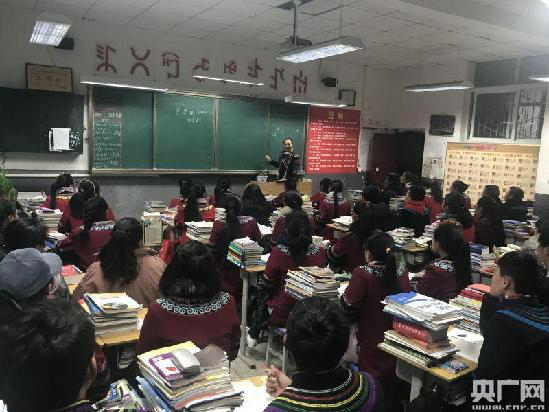 Parallel with education work, the push for civilized manner and modern habits has helped the locals lead a better life.

Animal herds, on which most families financially depended, were conventionally killed as sacrifices in the funeral, contributing to being impoverished.

New habits developed, such as sleeping in beds rather than on the ground, bathing, face-washing and taking care of their teeth.

For Liangshan, albeit there's a long way off to match its peers in the rest of China, the progress of poverty alleviation, for now, is huge and the locals are ebullient to embrace their new lives.