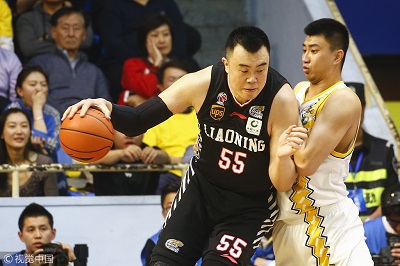 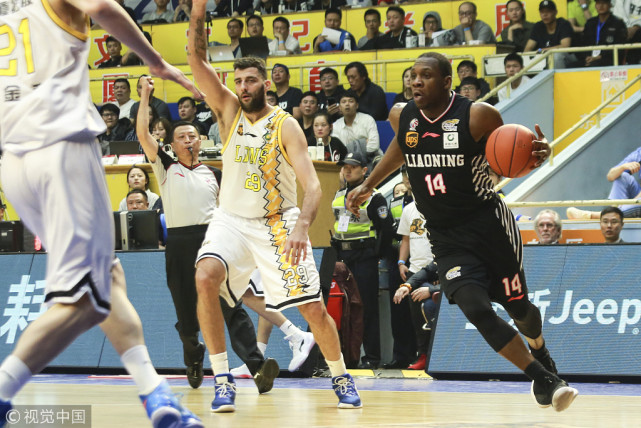 Former NBA shooter Lester Hudson, who hit two long-range three-pointers in final minutes in the fourth period, turned out to be the key player for the game.

Guangsha played a great game on home court, leading by six points with less than two minutes left in the fourth quarter. Thanks to six straight points from Hudson and a dunk from Han Dejun, Liaoning took the lead before Guangsha leveled the score 107-107 with free throws.

The overtime saw an energetic Liaoning team, and Guangsha failed to catch up. Liaoning finally ended the game with five-point advantage.

Hudson had a game-high 45 points for Liaoning, including 21 points in the final quarter and overtime.

"I want to compete for my team and I want a big stage," said Hudson about his big shots. "My team just keeps believing in me."

Liaoning will head back to home court Shenyang for Game 3 and Game 4.

"They are No. 1 in regular season, so when we get home it will not be easy," said Hudson.

"There will be a real fight. We have to keep working hard."

Liaoning is one of the strongest teams in CBA history, but all their six previous finals ended up with failure.

"We have to stay focused and there is still a long way to go," said Hudson.

Guangsha had a great first quarter. Guangsha forward Liu Cheng started the game with a lay-up, and the regular season MVP Courtney Fortson began his scoring performance. The CBA All-Star guard hit three baskets beyond the arc, collecting 20 points for the first period. Liu Cheng also got hot from the very beginning by bagging eight points.

The second quarter saw a still-strong Fortson. He added 16 points to total as many as 36 points for the first half. Under the lead of Fortson, Host team Guangsha expanded the lead to double digits, but Liaoning shooters Lester Hudson, Zhao Jiwei and Brandon Bass found their rhythm in time. Hudson knocked down four three-pointers and Zhao added two, helping Liaoning to close the gap to five points. Guangshe led 62-57 by the half-time whistle.

Liaoning put a lot of pressure on Guangsha's painting area and Guangsha made more fouls than the previous two quarters. Guangsha kept their good performance on the offensive side, hitting straight three-pointers to maintain the led. Hudson missed several jump shots, and Liaoning trailed by six points to enter the final quarter.

Liaoning cut the deficit to four points with half a quarter left, only to see Guangsha made a couple of counter attacks to establish the advantage to eight points again. However, the final minutes belonged to the guest team, and Guangsha's first-ever CBA Finals went on without any winning record.

Liaoning center Han Dejun contributed 22 points and 11 rebounds. "As a player with injuries on his hand, Han did good job both defensively and offensively," said Guo.

"There is reason he was selected into the Chinese national team."

"We are a young team and we tried our best," said Guangsha head coach Li Chunjiang.

"We will get prepared with a hope to come back to Hangzhou again."

Game 3 is scheduled on Friday.