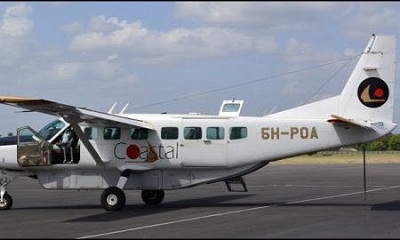 Media reported the aircraft was a Cessna Caravan and went down in the Ngorongoro crater killing everyone on board.

"This is devastating," said Coastal Aviation, the air charter company that operated the flight. The identities and nationalities of the victims have not been released

A statement on the company's website read, "We are deeply saddened to report that 11 people have died in a single-plane accident this morning in Northern Tanzania."

Police were unsure what caused the crash and an investigation is ongoing.