Beijing's Internet watchdog has ordered Huajiao, a live streaming platform in China, to address an error in which Taiwan and Hong Kong were listed as countries.

In a live-streaming quiz game operated by Huajiao Saturday, Taiwan and Hong Kong were listed as options under a question that asked participants "which country" a celebrity currently resides, the Beijing cyberspace administration said in a message on its WeChat account Sunday.

After interviewing the representatives of Huajiao, the administration ordered the live streaming provider to address the error, accusing it of violating China's regulations on cyberspace. 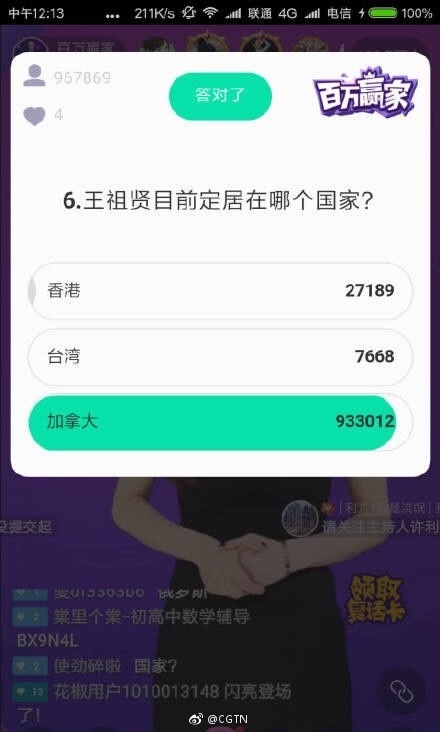 On its official account on Weibo, a microblogging service, Huajiao said it assumed full responsibility for the error and would prevent such mistakes from happening again.

Marriott has apologized for the mistake and promised to take measures to prevent such incidents.