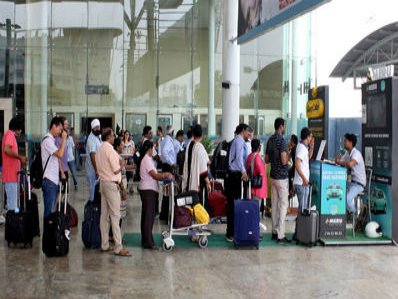 Lots of flyers had to stand in long queues where they expressed their grievances on Twitter, while airlines also tweeted that the situation was in chaos, the India Times reported on March 30.

Delhi International Airport Limited said a high number of checked-in bags were flagged because restricted items, such as power banks and lighters, were not allowed in check baggage as they might catch fire in the baggage hold.

"With the onset of the holiday weekend, Delhi Airport experienced an increased level of dangerous goods, particularly power banks and lighters, in luggage. The incident rate was 30 percent higher than average. It impacted baggage handling due to the manual reconciliation of the suspect baggage," a Delhi airport spokesperson told NDTV.

On March 22, a Hyderabad-bound Vistara aircraft had to return to IGI Airport because a passenger’s checked-in luggage had a power bank.