HEADLINE Macron gets tough on migrants, vowing 'no more Jungles'

Macron gets tough on migrants, vowing 'no more Jungles' 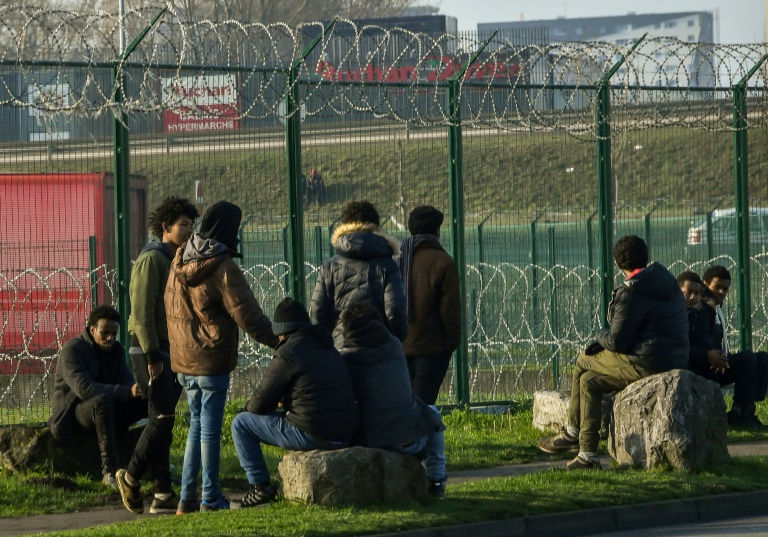 President Emmanuel Macron on Tuesday vowed that France would no longer allow migrant camps like the notorious "Jungle" as he defended a tougher line on immigration that has attracted sharp criticism from some of his allies.

In a closely-watched speech in Calais, Macron promised a more orderly immigration policy with zero tolerance for camps like the Jungle, the squalid shantytown near the northern city's port that was once home to some 10,000 migrants dreaming of Britain.

"There will be no reconstruction of the Jungle and no tolerance for the illegal occupation of public space," Macron said in a speech at a police station in the port city.

While the Jungle was demolished in late 2016, hundreds of migrants remain in Calais, trying night after night to stow away on trucks heading across the Channel to England.

Calais has long been a sore point in relations with Britain and ahead of his first trip to London as president on Thursday, Macron called for better cooperation in managing the border.

Gearing up for his talks with Prime Minister Theresa May, Macron called for "specific responses" from Britain on the thorny issue of unaccompanied minors stranded in France -- some of whom have relatives in Britain.

May's spokesman issued a statement on an issue that is set to cause tension on Thursday, saying: "We've taken a significant number of unaccompanied asylum seeking children from the area around and in Calais already."

As Europe struggles with a historic wave of arrivals, Macron blasted EU migration policy as "insufficient and incoherent", repeating his call for the bloc to set up a shared asylum office.

He joined a chorus of criticism for the "Dublin" asylum rules which say asylum seekers must be dealt with in the country where they arrive, creating a huge burden for frontline states like Italy.

But he ruled out suggesting migrants should be able to apply for asylum in any EU country from any other, saying this would would "strip the entry country of their responsibilities".

Immigration poses a tricky political challenge for Macron, with his newly formed centrist Republic On The Move (LREM) party divided on how to greet new arrivals.

Writing in Le Monde newspaper, they urged him to "live up to our ideals" and put an end to efforts that seek to dissuade asylum seekers from coming to France in the first place.

Macron has said he wants to step up expulsions of economic migrants, while speeding up waiting times for asylum applications -- an approach he touts as mixing "humanity" and "efficiency".

It currently takes 18 months on average to process an asylum claim in France -- and Macron promised Tuesday to cut this to just six months.

Near the ferry port in Calais, close to the site of the razed Jungle, dozens of migrants queued for hot tea and food from an NGO after spending a cold night camped out in the woods.

A group of young men from Oromia in Ethiopia described nightly police operations to clear the camps, with NGOs accusing officers of using pepper spray on migrants as they sleep.

"They gas the tent while you're sleeping or gas you in your face," said Dawit, 21.

Macron defended frazzled local police, stressing they were working in difficult conditions as they struggle to stop migrants blocking the roads in an attempt to slow trucks enough to jump onboard.

But he insisted they must be "exemplary" in their policing of migrants, respecting their rights and not confiscating their property.

He also criticised some pro-migrant groups active in Calais, accusing them of helping migrants to break the law by encouraging them to stay in the area or even helping them to stow away.

He announced that the government would take over from NGOs in providing food for the migrants, "without tolerating the setting up of illegal camps".