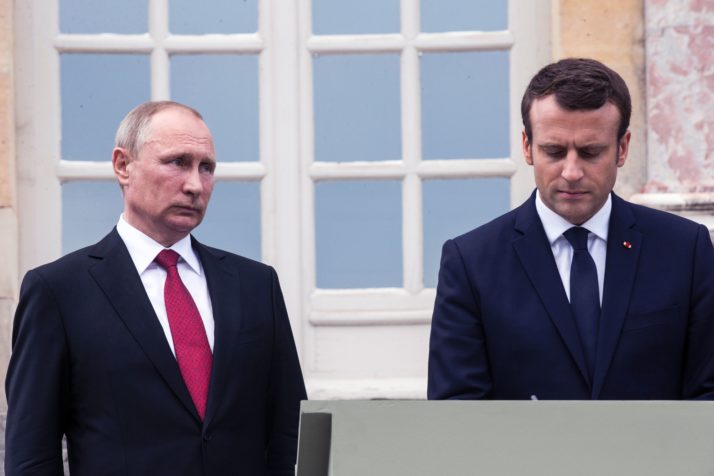 In a statement released by his office, the Elysee said Macron spoke about joint strikes by Washington, Paris and London that targeted the Syrian regime's chemical arms sites, asking Moscow "to join efforts to put an end to the Syrian chemical program and the regime's abuses against its people."

Reiterating willingness to work with Russia despite divergence over the Syrian conflict, the French president urged more action to step up diplomatic moves "through dialogue with all the powers concerned to launch a credible political process and step up humanitarian action to help the civilian population."

Macron will visit Russia on May 24 and 25 to further cement bilateral ties and forge common alternatives to major international crises, the statement added.