Macron wants France to be India's best partner in Europe 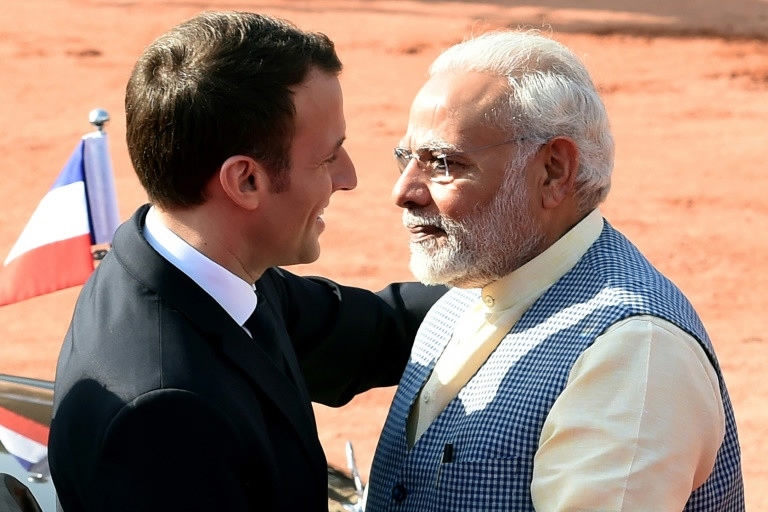 French President Emmanuel Macron Saturday said he wanted his country to be India's best partner in Europe as he started a four-day trip to the country aimed at ratcheting up security and energy ties.

"France is the entry point to Europe. We want to be India's best partner in Europe," Macron said after a ceremonial reception at New Delhi's presidential house.

"The first is to seal for the decade to come a strong pact around collective security in the region between our two democracies."

Macron, who was welcomed by Indian Prime Minister Narendra Modi with his traditional bear hug on his arrival late Friday, also said "collective security" will be on top of the agenda during talks later Saturday.

Agreements signed to step up military and technical cooperations

Macron said defense ties with India had reached a new high after the two nations signed a key security accord for the Indian Ocean.

"Defense cooperation between the two countries now has a new significance," Macron said as Modi stood by his side.

Under the deal, India and France will open their naval bases to warships from each other.

"A strong part of our security and the world's stability is at stake in the Indian Ocean," Macron said.

Modi said the accord was crucial as the Indian Ocean region would play a "very significant role" in the days to come. 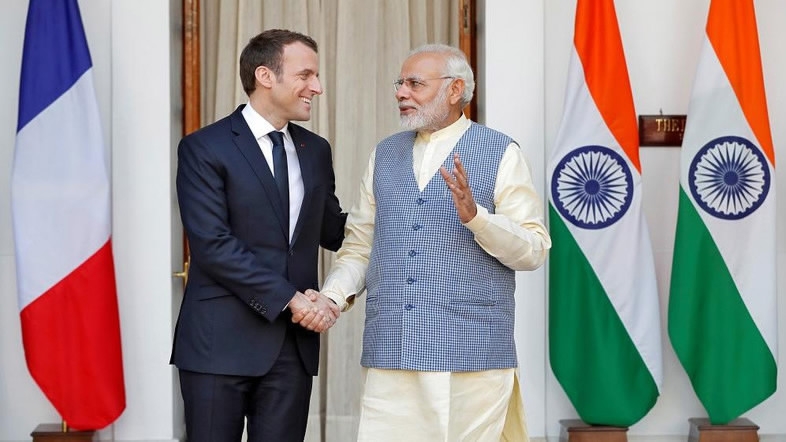 The comments from the leaders followed a slew of agreements signed by the two countries in the spheres of defense, space and clean energy.

"From the ground to the sky, there is no subject on which India and France are not working together," said Modi.

A technical agreement was also signed on the French-assisted nuclear power project at Jaitapur in western Maharashtra state.

Sources in the French presidency told AFP they were optimistic of a final agreement being signed before the end of the year.

The 9.3-billion framework agreement for six nuclear reactors was signed during a visit to India in 2010 by then president Nicolas Sarkozy.

But the project has since run into stiff opposition from environmentalists concerned about seismic activity in the area and fears about the safety of nuclear power in the wake of the Fukushima nuclear disaster in Japan.

Macron also talked about his personal rapport with Modi which was established after their meeting in Paris last year.

"I think we have very good chemistry, our two great democracies have a historic relationship," the French president said.

"You welcomed me in Paris last year with an open heart and a lot of warmth. I am happy that I have got an opportunity to welcome you in India," Modi said at the start of his speech Saturday.

"Welcome to India, President @EmmanuelMacron! Your visit will add great strength to the strategic partnership between India and France," he tweeted Friday. 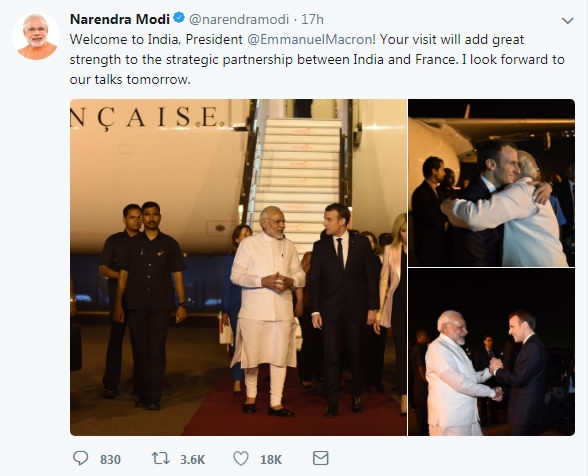 Modi and Macron will co-chair the Founding Conference of the International Solar Alliance (ISA) on Sunday, a flagship Indian initiative launched by the two countries on the sidelines of Paris Climate Conference in 2015.

Travelling with his wife Brigitte, the French president will also visit the monument to love, the Taj Mahal, a few hours' drive from the Indian capital on Sunday.

On Monday, he heads to the Hindu holy city of Varanasi on the banks of the river Ganges.