New subway cars designed and manufactured by a Chinese company are undergoing tests and will be ready to take passengers in Boston by the end of 2018, said local officials on Tuesday. 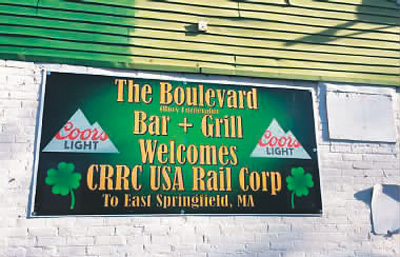 A set of four cars made an appearance on the test track at Wellington Yard in Medford, a residential and industrial suburb of Boston, when Massachusetts Governor Charlie Baker took a ride on the train while Stephanie Pollack, secretary of Massachusetts Transportation Department, introduced the new features of the vehicles.

The cars were the first four of 152 cars to serve the Orange Line in Boston. Each car needs about 500 hours of burn-in test before officially taking passengers on board, according to Pollack.

The secretary said once the cars are all delivered, passengers of the Orange Line will be able to have trains come every four and a half minutes during rush hour instead of every six or seven minutes currently, which will increase the number of commuters the line can carry in one hour by about 40 percent. 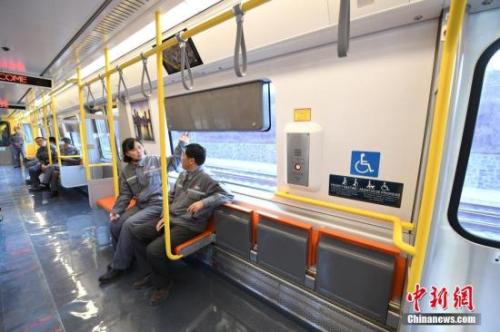 Baker said the train cars he toured signaled the first step in the delivery of all the new cars, which will gradually replace the nearly 40-year-old cars presently serving Boston lines.

According to the contract, the CRRC will also design and manufacture 252 new cars for Boston Red Line subway. The vehicles for both lines are worth a billion U.S. dollars.

CRRC Vice President Jia Bo told Xinhua that most of the new cars will be assembled in the Chinese company's plant in Springfield, Massachusetts.

Construction of the plant, spreading over 204,000 square feet (about 18,952 square meters) and equipped with a 2,240-foot (683-meter) dynamic test track and a staging/storage area, was completed in April.

The factory has brought not only new cars, but also job opportunities to Boston.

"We currently employ 156 local workers in our factory. That's more than what we have promised," said Jia, who added that the factory will probably be hiring 260 local workers by the end of 2021.