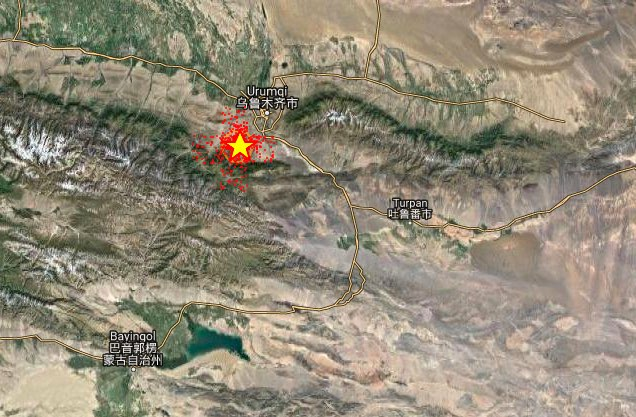 The quake's north latitude was registered at 43.57 degrees and 87.42 degrees east longitude, striking at depth of 24 km.

Xinjiang rail authorities activated emergency response measures as rail and utility officials has been dispatched to check all train lines and related equipment.

Lines running to and from Urumqi to destinations like Turpan, YanHu West, and Boxinte were suspended, along with trains operating in areas most affected.

Rail line delays are expected with departure and arrival times adjusted accordingly depending on specific region and conditions.