The best way to commemorate the 25th anniversary of the "Wang-Koo meeting" is to uphold the 1992 Consensus, according to a mainland spokesperson Wednesday.

"The Singapore meeting between Wang Daohan, then head of the mainland's Association for Relations Across the Taiwan Straits (ARATS), and Koo Chen-fu, then chairman of the Taiwan-based Straits Exchange Foundation (SEF), in April 1993 was a historic attempt to replace confrontation with dialogue across the Taiwan Strait," said Ma Xiaoguang, spokesperson with the State Council Taiwan Affairs Office, at a press conference in Beijing. "The meeting set a precedent for high-level contacts and equal negotiation across the Strait." 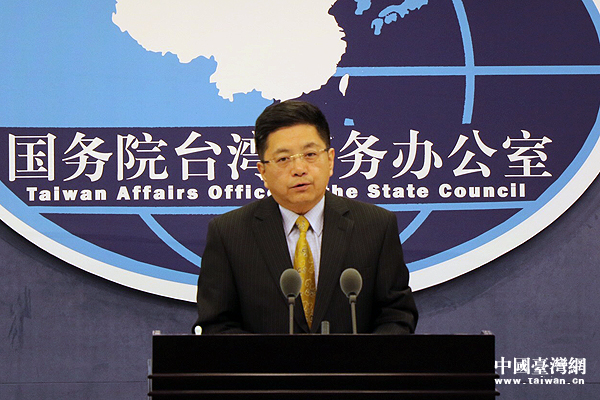 Exchanges between the Chinese mainland and Taiwan stalled after the Kuomintang, led by Chiang Kai-shek, fled to Taiwan in 1949 after being defeated in a civil war.

In the early 1990s, the mainland and Taiwan decided to entrust non-governmental organizations to begin cross-Strait talks.

The common understanding, later named the "1992 Consensus," was reached between ARATS and SEF a few months before the Wang-Koo meeting.

"The key is to adhere to the 1992 Consensus and oppose 'Taiwan independence,'" Ma said. "With this political foundation, the cross-Strait relations and welfare of people on both sides will be improved. Without it, mutual trust across the Strait will no longer exist and relations will regress to unrest, with progress made so far vaporizing."