Malaysian Prime Minister Najib Razak Friday announced the dissolution of parliament for an election that will pose one of the sternest tests of his ruling coalition for 60 years, due to a massive financial scandal and a challenge from his one-time mentor and former leader Mahathir Mohamad.

"I would like to inform the people that I met the king... and sought his permission for parliament to be dissolved on Saturday, April 7," Najib said on state television.

Following the dissolution, the election commission will announce the date for the ballot. 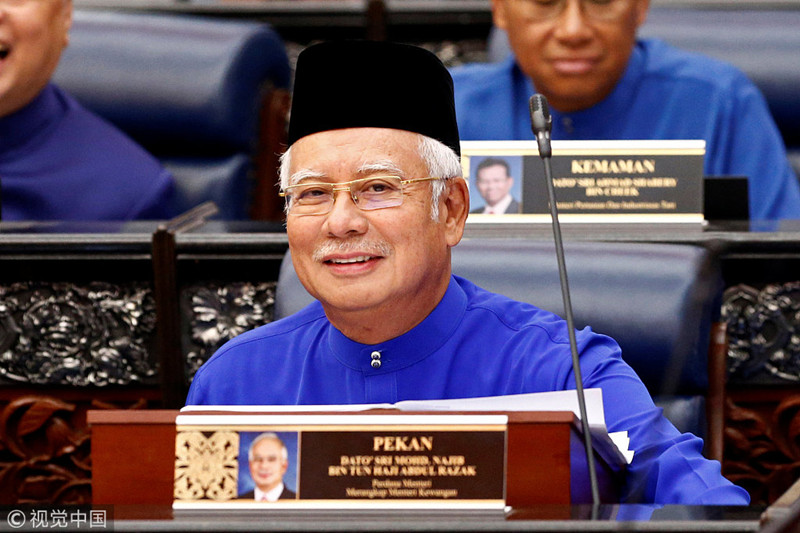 The ruling coalition headed by Najib has been in power since independence in 1957 but their support has been dropping in recent years, and a scandal surrounding sovereign wealth fund 1MDB that captured global headlines has added to their problems.

Najib, who set up the fund, and 1MDB deny any wrongdoing.

Despite the scandal, he is tipped to cruise to a new five-year term.

However victory has become less certain since 92-year-old Mahathir -- who was premier for over two decades -- came out of retirement to take on one-time protege Najib at the head of the opposition.