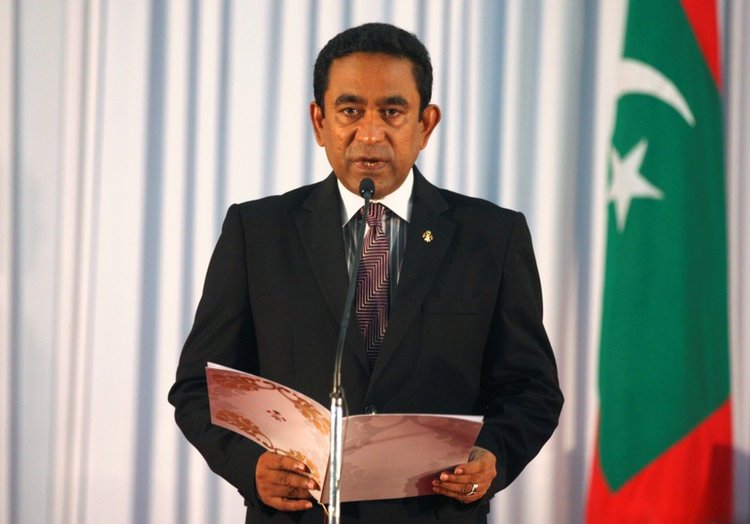 Maldives President Abdulla Yameen on Monday sought parliamentary approval to extend a state of emergency for 15 days in the Indian Ocean archipelago as the "the situation has not changed", parliament's Deputy Secretary General Fathmath Niusha told the legislature.

Yameen imposed the state of emergency on Feb. 6 for 15 days, having defied a Supreme Court ruling after it quashed convictions against nine opposition leaders, and ordered his government to release those held in prison.

The state of emergency was to end on Tuesday.

Top Image: Abdulla Yameen takes his oath as the President of Maldives during a swearing-in ceremony at the parliament in Male /Reuters