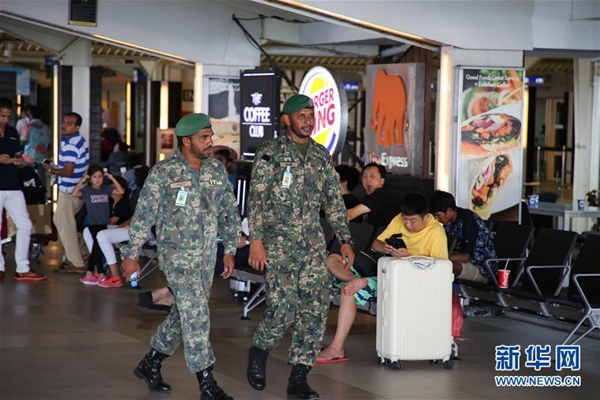 The Maldivian government said on Wednesday it was ready for dialogue with the opposition to help restore normalcy in the island country.

The Maldives Foreign Ministry also reiterated its firm commitment to work closely with the international community to address any concerns they might have following the extension of the State of Emergency.

"The Government is conscious of the gravity and consequences of the decision to declare the State of Emergency and assures the international community that the decision was taken as a last resort, after serious and exhaustive consideration, to ensure national security and constitutional order, to uphold the rule of law and to safeguard the peace and stability of the nation," the ministry said.

The government's request for extension was based on the advise of the National Security Council and Tuesday's decision by Parliament to extend the State of Emergency for a further period of 30 days, and it was warranted due to the threats posed to national security following the Supreme Court ruling on Feb. 1 ordering the release of detained opposition leaders, including self-exiled former President Mohamed Nasheed, the ministry said in a statement.

It also assured that the State of Emergency would be lifted as soon as the threats posed to national security were addressed satisfactorily.

"It is important for friends and partners in the international community to stand with the Government and the people of the Maldives, and to refrain from any actions that could escalate an already delicate situation and derail the efforts being made to bring back normalcy in the Maldives," the ministry said.

The Maldivian parliament on Tuesday approved extending the State of Emergency by 30 days following a request by President Abdulla Yameen.

The President's Office in a statement said the extension of the State of Emergency would only apply to those alleged to have carried out illegal activities and it shall not apply to law-abiding residents, or visitors to the Maldives.