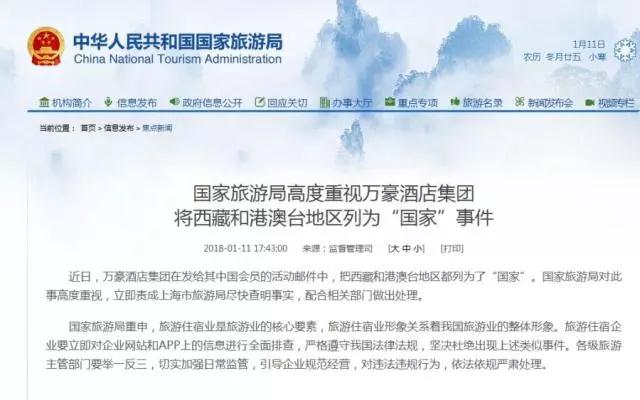 Screenshot of an online statement released by the China Naitonal Tourism Administration on Thursday.

Chinese Internet authorities have ordered US hotel giant Marriott International to close down its Chinese website and mobile app for one week after sending an online customer questionnaire that lists China’s Hong Kong, Macau, Taiwan and Tibet as separate countries.

An official from the Shanghai Municipal Cyberspace Administration pointed out that Marriott’s behavior has severely violated China’s laws and harmed Chinese people’s feelings. 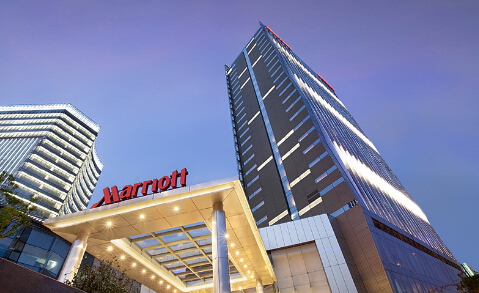 The Shanghai Municipal Cyberspace Administration has asked Marriott to suspend its Chinese website and app for one week starting 18:00 pm Thursday to conduct a thorough check on all its contents posted online, take down all illegal contents and inform the public its self-investigation results. The Internet authority will further deal with the incident based on Marriott’s rectifications.

Marriott’s Asia-Pacific region manager said that the company has realized the seriousness of its mistake and will implement the rectification as required, and address the public's concern in a timely manner.

CNTA reiterated that the tourism accommodation enterprise is related to the overall image of China's tourism industry. The enterprise should immediately conduct a comprehensive investigation of the information on their websites and apps, strictly abide by China’s laws and regulations, and put an end to similar incidents.