Marx shows another world is possible 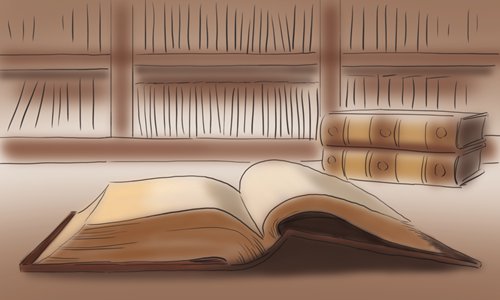 Karl Marx's intellectual legacy is so broad that different people are able to be attracted to the aspects most useful to them, not only for scholars but, more importantly, for working people. A very important concept is that of "labor power" which took Marx a couple of decades to produce within his theory. It is as applicable today as when Marx came to develop it a couple of years before his decisive book Capital, Volume 1, first published in 1867 in German. The later French translation supervised by Marx is arguably better. For capitalist enterprises in Brazil, Kenya, India, Spain, the US or anywhere, labor power reflects the reality that workers sell their labor hours to capitalists and they are told what to do without any democratic input from them. Workers don't care what they produce: They need the money. Capitalists don't care either: They want profit. Workers only receive as compensation the equivalent, in some currency, of the laboring time needed to produce the commodities they can get to subsist, at whatever level. The remainder in laboring hours that the capitalist keeps is "surplus value," the fundamental concept for Marx. His long-time friend Frederick Engels described it as important as the discovery of oxygen by Lavoisier. The actual life of people around the world differs greatly. Some do better, some do worse, and a fraction may find some satisfaction in their work. But almost all products we consume anywhere, within our deep capitalism, have been produced by workers who are merely hired hands. Marx's work mentions workers being thereby "alienated," and this has been chosen by some for an emphasis. But he also develops concepts to explain how capitalists are able to appropriate ever more surplus value. He explains the motivation for technology changes experienced much more in capitalism than in prior societies. He describes the forces around the accumulation of capital, and the division of surplus value into industrial profits, rent and interest. He provides analyses for financial expansion. He even addresses environmental issues appropriate to his time so that we can find those insights useful today, and exhibited a foresighted analysis of the US Civil War as it was developing.Of course, aspects of his work need to be readdressed. For example, Rosa Luxemburg, a revolutionary for Poland and Germany, criticized Marx's lack of full awareness that accumulation of capital could not go on forever - if nothing else because of the problem of continually finding markets for increasing production of commodities ordered by capitalists for no other purpose than profits, at the same time that they want restricted wages. Moving on, Marx describes what workers actually did when they had power in Paris in 1871. But he also describes the ferocity of the subsequent opposition by capitalists, namely, a bloodbath. He would not be surprised at all by the Chilean coup by Augusto Pinochet in 1973 nor the US hostility to the Chinese or Cuban revolutions. He would not be surprised that May Day with origins in the US is not celebrated as a holiday in its country of origin.However, and this is important, great intellectuals can be misused. They can be objects of misuse precisely because of their penetrating insights. When Marx exposes capitalism in the raw for workers, some can refer to his insights for their own nefarious purposes, purposes that have nothing do with the emancipation of workers, even as they might so suggest. This problem is not a simple one as we have to first understand correctly what motivated Marx. It is not good enough to say that Marx wanted a society free of exploiting classes. The very next question would be how to get there. In fact, "how" is perhaps far more important and difficult. We must respect people, but we also must respect the power of those against the people, and that power is greater now than in Marx's time. As an illustration, the US government used nuclear weapons openly, and proudly, twice for mass extermination. If push comes to shove for any government of capitalists - and that was not even the case for Hiroshima and Nagasaki - Marx's understanding would tell us that there are no limits. I repeat: no limits. With the Middle East a modern flashpoint and Israel with its nuclear weapons potentially facing revolution sooner or later, Marx is giving us a message. And we are obligated to take account of it if we are to be really for the people. Turning to my own country, the US, I had not expected the political situation we are now in. It is worse than expected. Some aspects are front-page news, but there are horrible details too numerous to single out without distorting the message. Basically it is total disrespect for humanity by the federal government. Yet the candidacy of Bernie Sanders in the last presidential campaign surprised many, and he said and continues to say that he is a "democratic socialist." He even has a photo of the great US socialist Eugene Debs in his office. He had and has considerable popularity, particularly among younger people, in a country that had been taught by propaganda to hate "socialism." And, suddenly, there is now a new uprising by teenagers against gun violence who speak for themselves about it, not through adults. Changes are occurring. Perhaps the single most important message from Marx is that "another world is possible." Why possible? First, we obviously have had other worlds before. And, second, we have no choice but for yet another and better, given the truth about capitalism! Workers of the world unite!

The author is professor of economics, State University of New York at Buffalo, and series editor, Research in Political Economy (Emerald, UK)

This article was originally published on the Global Times website on May 7.