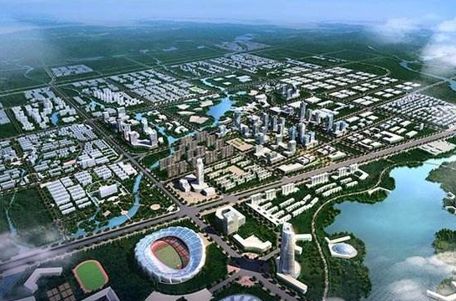 BEIJING, April 20 - China's central authorities have approved the master plan for Xiongan New Area, saying its creation will be of "lasting importance for the millennium to come."
The plan was approved by the Central Committee of the Communist Party of China (CPC) and the State Council, according to a document released Friday.
"The establishment of Xiongan New Area in Hebei Province is a significant decision and arrangement by the CPC Central Committee with Comrade Xi Jinping at the core to push forward the coordinated development of Beijing, Tianjin and Hebei," the document read.
Xiongan New Area is another new area of "national significance" following the Shenzhen Special Economic Zone and Shanghai Pudong New Area, according to the document.
The area's creation is "a strategy that will have lasting importance for the millennium to come, and a significant national event," it added.
In April 2017, China announced the establishment of Xiongan New Area, spanning three counties of Hebei Province about 100 kilometers southwest of downtown Beijing.