Maximum pressure against the DPRK continues until complete denuclearization: G7

Toronto(People's Daily) - Despite the two upcoming summit meetings between Kim Jong-un with Moon Jae-in and Trump respectively, there are signs that the US and other industrialized nations are considering to further tighten their sanctions against the Democratic People's Republic of Korea (DPRK). 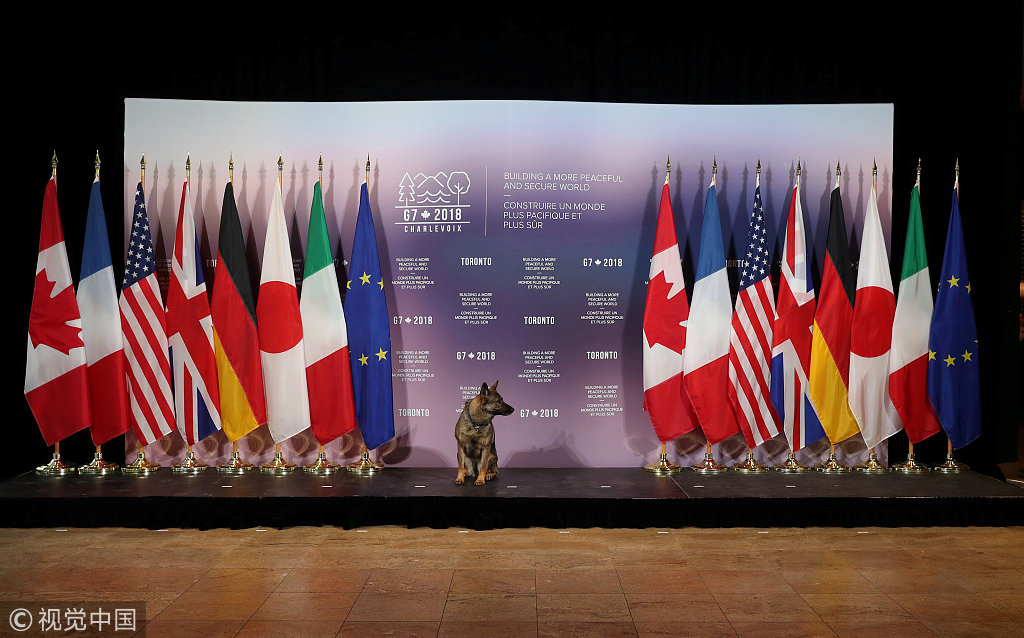 In the statement issued Tuesday following the meeting of the foreign ministers of seven industrialised countries in Toronto, the G7 Foreign ministers made it clear that they would be committed to maintaining maximum pressure against the DPRK, which includes cutting down or reducing the DPRK diplomatic representation abroad and downgrading economic relations until the DPRK achieves a verifiable and irreversible denuclearization. They also committed themselves to continue countering the DPRK's sanction-evasion tactics, particularly through its illicit maritime activities.

The DPRK's nuclear and ballistic program is high on the top agenda of the two-day meeting of the foreign ministers of seven industrialized nations which includes the US, the UK, France, Germany, Italy, Japan and Canada.

The G7 foreign ministers reaffirmed that they will not accept a nuclear-armed DPRK and their goal is to achieve complete, verifiable and irreversible dismantlement of the DPRK's weapons of mass destruction. This year Canada holds the G7 presidency.

The G7 foreign minister pointed out that DPRK's suspension of nuclear tests, ballistic missile launches and the closing of its testing are the first steps toward full denuclearization.