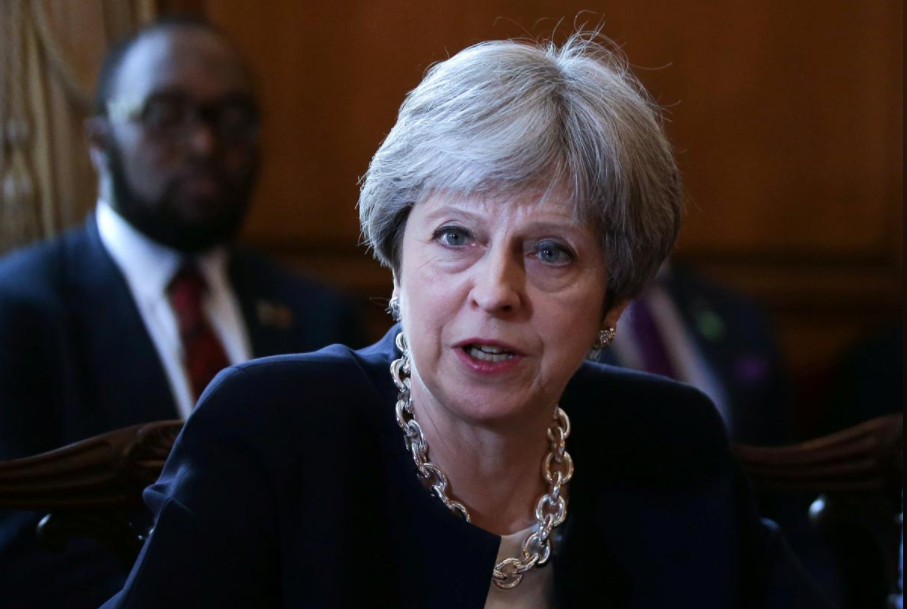 Britain's Prime Minister Theresa May hosts a meeting with leaders and representatives of Caribbean countries, at 10 Downing Street in London April 17, 2018. (Photo: Reuters)

Prime Minister Theresa May apologized to 12 Caribbean nations on Tuesday for immigration officials’ harsh treatment of people from those countries who migrated to Britain as children after World War Two.

The “Windrush generation” were invited to Britain to plug labor shortfalls between 1948 and 1971, but some of their descendants have been caught up in a tightening of immigration rules overseen by May in 2012 when she was interior minister.

Some people have been wrongly labeled illegal immigrants, asked to provide documentary evidence of their life in Britain they had never previously been required to keep, and in some cases denied rights, detained and threatened with deportation.

“I want to apologize to you today because we are genuinely sorry for any anxiety that has been caused,” May told leaders and diplomats from the Caribbean countries, who were in London for a summit of Commonwealth heads of government.

The scandal over the mistreatment of people from what were once British colonies has cast a shadow over the summit, which is supposed to strengthen Britain’s ties to fellow Commonwealth countries as it prepares to leave the European Union.

Jamaican Prime Minister Andrew Holness highlighted the issue at a plenary session of the summit, drawing cheers from his fellow leaders as he said the Windrush generation had enriched Britain and contributed to society.

“Now these persons are not able to claim their place as citizens,” he said. May was on stage as he spoke, having delivered her own speech just before.

Named after a ship that brought migrants from Jamaica, Trinidad and Tobago and other Caribbean islands in 1948, the Windrush generation enjoyed a special status, but that has been eroded over the years by successive immigration reforms.

After an outcry caused by coverage in British media of people who had lost jobs or been denied healthcare because of unwarranted doubts over their rights, the government set up a dedicated team at the interior ministry to solve cases.

“We would also like to reassure you that there will be no removals or detention as part of any assistance to help these citizens get their proper documentation in place,” wrote Caroline Nokes, the immigration minister, to Caribbean foreign ministers and ambassadors.

There was confusion over whether any Windrush descendants had already been deported after Nokes and other ministers gave conflicting details on Monday.

“We have no information, we do not know of any cases where somebody has been deported who is in this category,” Cabinet Office Minister David Lidington said on Tuesday.

David Lammy, a member of parliament from the opposition Labour Party who has argued passionately for justice for the Windrush migrants, tweeted that he had just received a call from an elderly mother whose son was due to be deported on Wednesday. 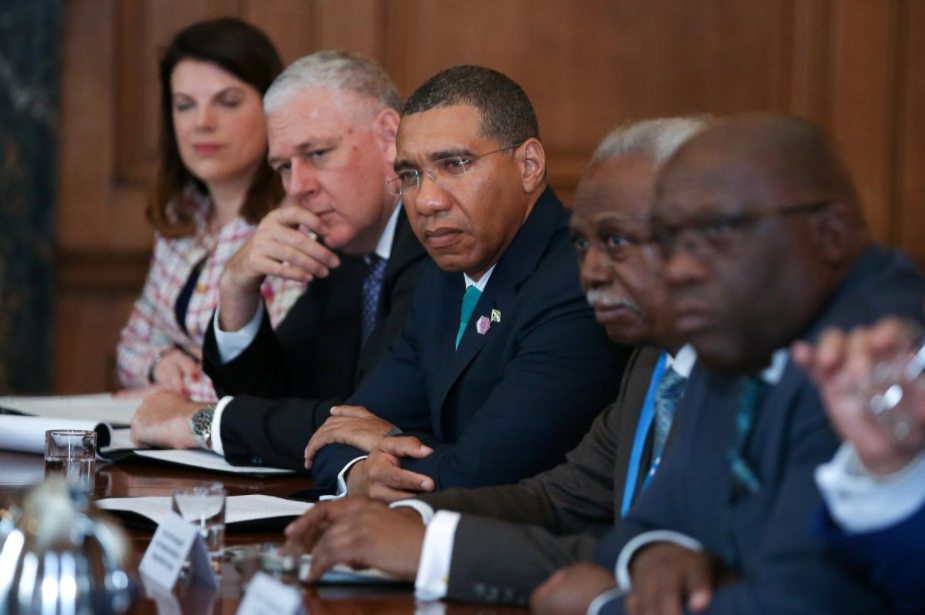 Leaders and representatives of Caribbean countries attend a meeting with Britain's Prime Minister Theresa May at 10 Downing Street in London April 17, 2018. (Photo: Reuters)

“This is a national disgrace,” he said. “What is going (on) makes me ashamed of our great country.”

Later on, Lammy tweeted again that he had received a call from Nokes who had informed him that the deportation had been halted and the case would be reviewed.

Although the government has described the problems facing Windrush individuals as a result of bureaucratic bungling, critics such as Lammy have said the situation stems from the Conservative government’s hostility towards immigrants.

May’s six-year tenure at the interior ministry was marked by a determination to reduce immigration numbers, a goal she has continued to emphasize as prime minister and in Brexit negotiations.