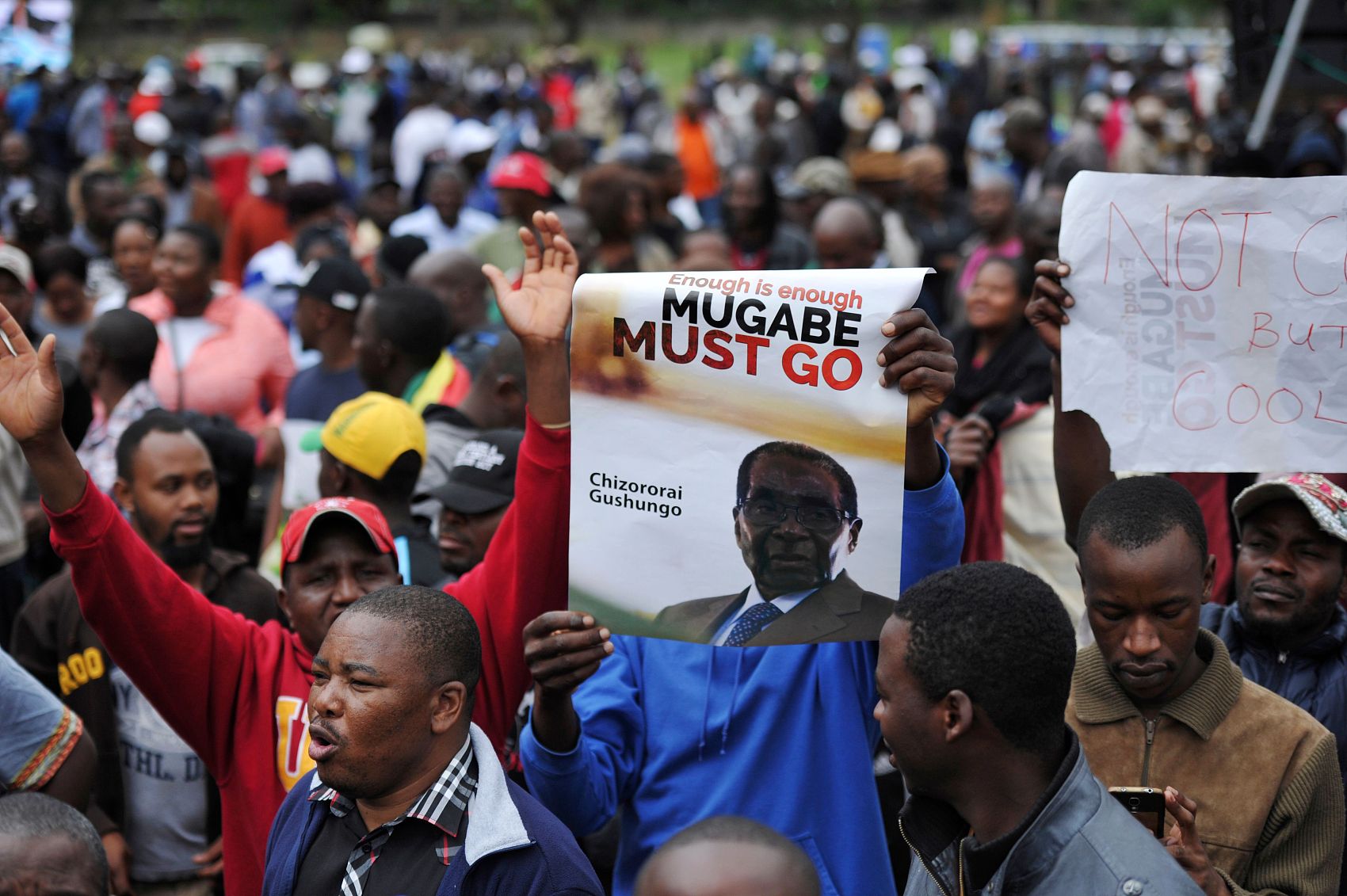 Demonstrators hold anti-Mugabe placards and shout slogans during a protest march demanding the resignation of Zimbabwe's president on November 18 in Harare. (Photo: VCG)

James Slack says that "we don't yet know how developments in Zimbabwe are going to play out. What does appear clear is that Mugabe has lost the support of the people and of his party."

Slack told reporters that Britain "would appeal for everyone to refrain from violence and hope to see a peaceful and swift resolution to the situation."

Mugabe ignored a midday deadline by the ruling party to resign and now faces impeachment.