Russian Prime Minister Dmitry Medvedev is visiting the headquarters of the People's Daily in Beijing on Tuesday and conducting a dialogue with Chinese netizens on people.cn as part of his three-day official visit to China from October 31 to November 2 at the invitation of Chinese Premier Li Keqiang. 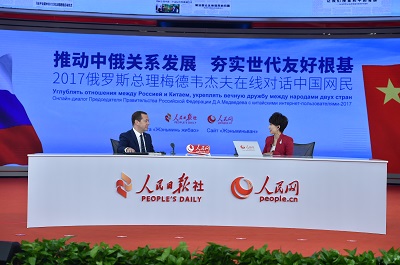