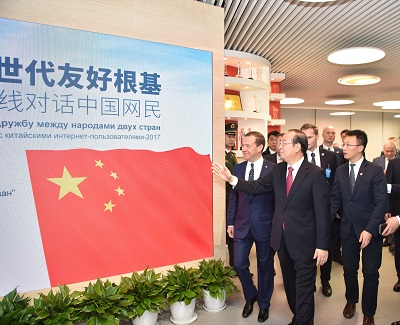 Russian Prime Minister Dmitry Medvedev visited the headquarters of the People's Daily in Beijing on Tuesday and conducted a dialogue with Chinese netizens on People.cn as part of his three-day visit to China from October 31 to November 2. 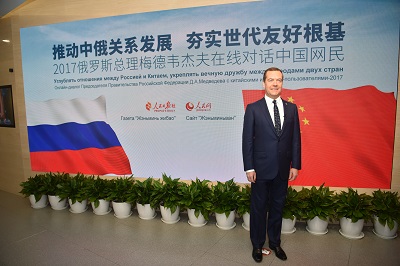 The prime minister participated in a live webcast held by People.cn and answered questions from Chinese netizens. This is the second time that Medvedev has interacted with Chinese citizens on social media. He took part in a similar activity held by People.cn in 2007, when he described his knowledge about Confucius, Laozi and oolong tea. 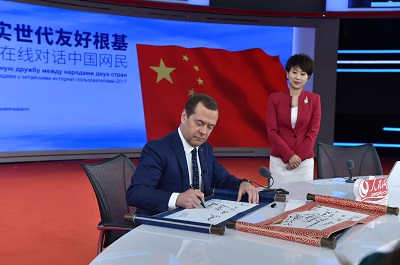 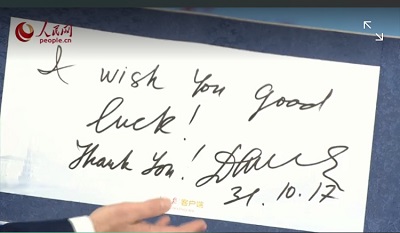