Ten Chinese soldiers who helped Vietnam battle the U.S. during the Vietnam war were buried in Xuan Mai Martyrs Cemetery.

The Chinese embassy in Vietnam, Sino-Vietnam friendship association and Chinese firms in Vietnam laid wreaths at the monument.

Over 1,400 Chinese martyrs are buried in Vietnam.

Half a century ago, at the request of Vietnam and its people, the Chinese government sent 320,000 Chinese soldiers to Vietnam, who fought with the Vietnam people against an invasion. 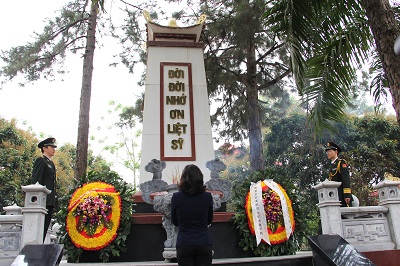