Mengzi, a small city in Southwest China’s Yunnan Province, was the location where the popular Feng Xiaogang-directed movie Youth was shot. The movie has made the small city more popular and attracted many tourists.

Youth, adapted from a Chinese novel with the same name, tells the tale of a PLA song and dance ensemble, and depicts the Sino-Vietnamese border war — a period rarely shown in Chinese movies.

The film’s box office has exceeded 947 million yuan ($144 million) since its release on December 15 and it continues to pull in money. Bisezhai, meaning “a green-jade village,” is where the army medical team was based in the film. The Bisezhai train station, with more than 100 years of history, has attracted many tourists after the film became popular.

Bisezhai used to be called “little Hong Kong” and “little Paris” at the beginning of the 20th century. As one of the earliest train stations in China, it had many railway junctions. People from France, the UK, US, Germany, Japan and Greece opened bars, department stores, banks and post offices in the area from 1910 to about 1940, fusing Western and Eastern culture. 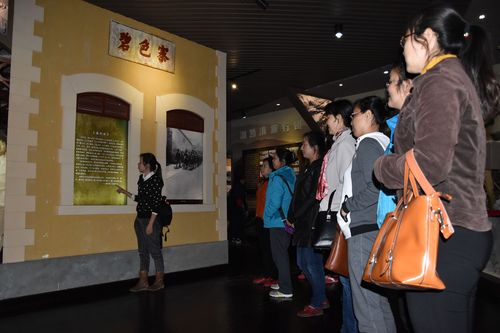 During the War of Resistance against Japanese Aggression (1931-45), China’s Peking University, Tsinghua University and Nankai University were forced to move to the south of China and the three universities together formed a new one, the National SouthWest Associated University (NSAU).

Due to the convenience of Bisezhai railway station, a branch school of NSAU moved to Mengzi for one semester. Well-known Chinese scholars Zhu Ziqing, Tang Yongtong and Chen Leyin used to give lectures here in 1938.

It is said that there were a total of 8,000 students who studied at NSAU and 4,000 got degrees. Most of the students chose to join the army during wartime. South Lake in Mengzi has been dredged since the Ming Dynasty (1368-1644) and three small mountains were also made at that time, named Penglai, Yingzhou and Fangzhang. There were all kinds of pavilions, terraces and open halls, with beautiful trees and flowers. Ancient scholars and poets used to gather to talk about literature and poems. South Lake was also called “the sea of knowledge.”

Nisu village, a small holiday resort in Mengzi, is getting more and more popular these days. The village is full of flavor and character from the minority group which resides here.