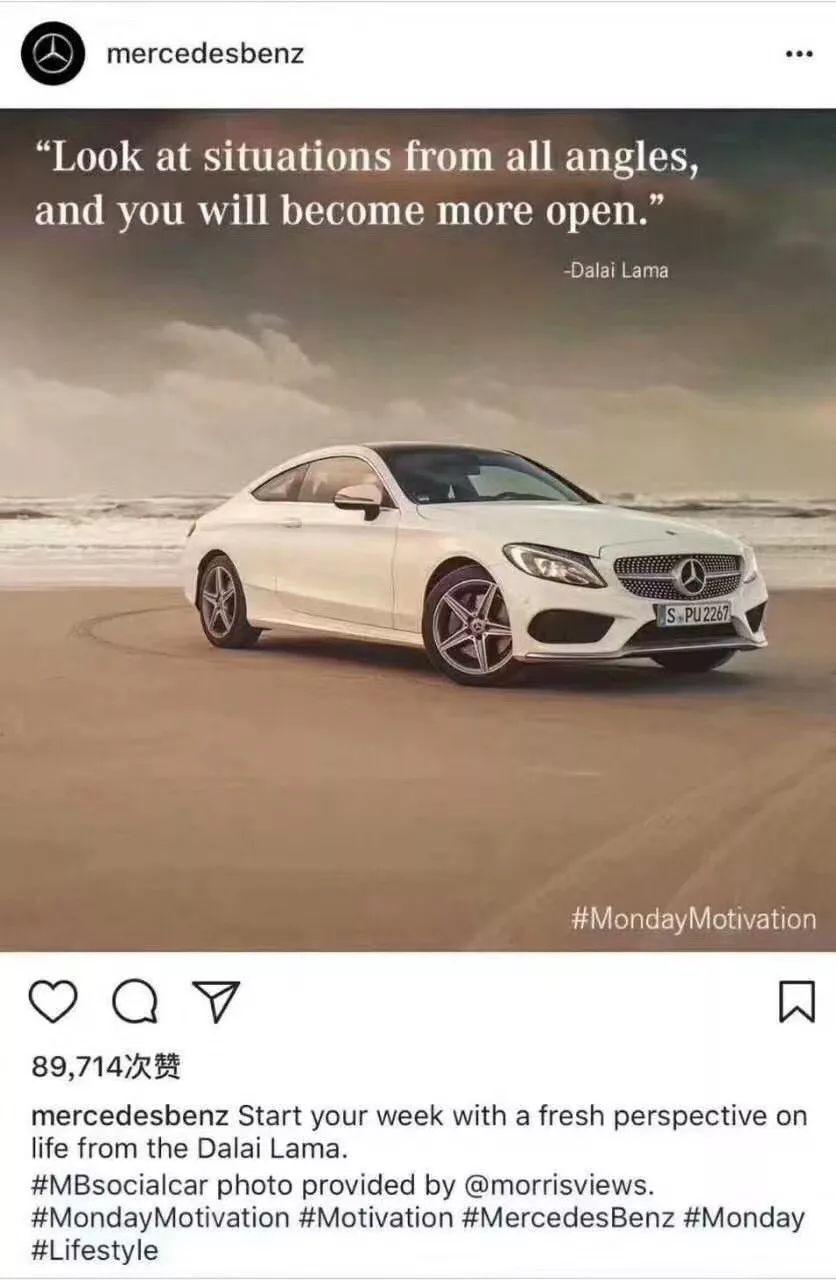 Mercedes-Benz apologized on Sina Weibo, the Chinese equivalent of Twitter, on Tuesday after its new advertisement on Instagram quoting the Dalai Lama irritated Chinese netizens.

"We sincerely apologize for a mistake which was posted on our international social media… Although we have immediately deleted relevant information, we are fully aware of the harm inflicted on the Chinese people… We fully understand and respect the feelings of Chinese people and humbly accept all the criticism,” read the Sina Weibo post by Mercedes-Benz.

The new advertisement has irritated Chinese netizens since it was posted Monday on the official Instagram account of Mercedes-Benz, with many netizens criticizing Mercedes’move, saying that China is one of the largest markets for Mercedes-Benz but the company didn’t respect Chinese people’s feelings.

The 14th Dalai Lama is "a political exile engaged in anti-China separatist activities under the disguise of religion," according to the webiste of China's Foreign Ministry.