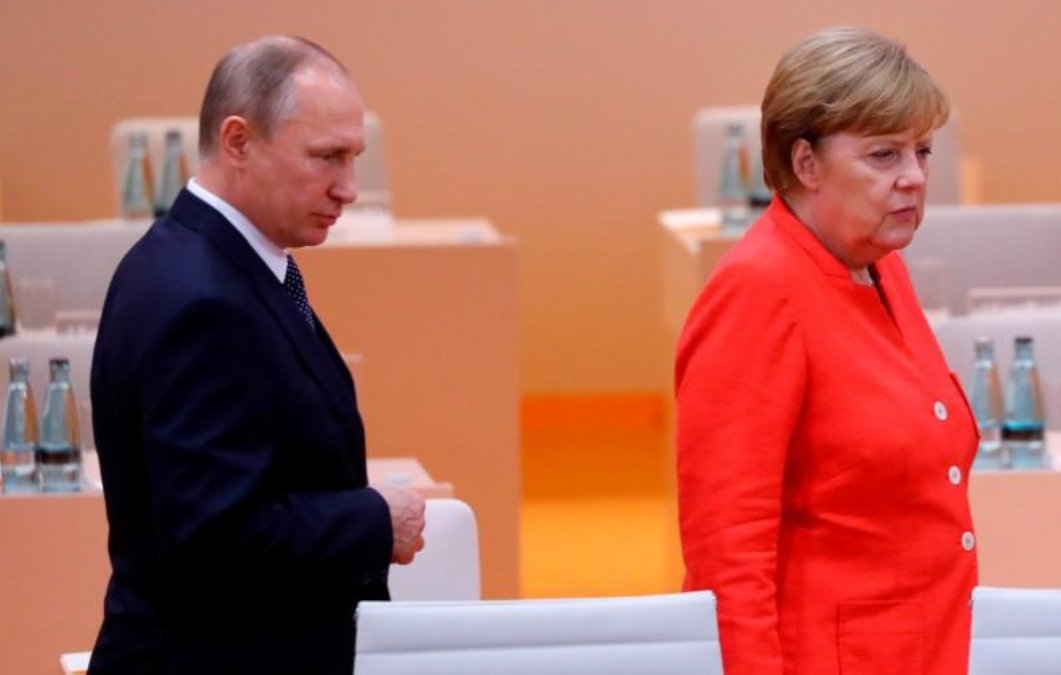 Germany’s Europe minister called on Monday for a new policy of easing tensions with Russia, adding to a chorus of voices pressing Chancellor Angela Merkel to moderate her hardened stance towards the Kremlin.

The conservative chancellor swung behind Britain after the poison attack on a former Russian double agent in England last month, expelling four diplomats despite uneasiness among a political class that is wary of confrontation with Germany’s giant eastern neighbour.

Europe Minister Michael Roth, a member of the Social Democrat party (SPD), said that while the European Union needed a united front on Russia, sanctions should aim to bring Moscow to the negotiating table.

“Anti-Russian reflexes are just as dangerous as naively... remaining silent over the nationalist-tinged policies of the current Russian leadership,” he wrote in Die Welt newspaper.

Many Western countries are pushing for a more assertive stance against Moscow over President Vladimir Putin’s backing for Syrian President Bashar al-Assad, accused of using chemical weapons in the country’s civil war.

Merkel’s tone has hardened over the four years since Russia’s annexation of Ukraine’s Crimean peninsula, which led to Western nations imposing the sanctions on Moscow.

But with extensive business and energy links to Russia, Germany has been traditionally cautious in its relations with Moscow - a view reflected on Monday by a close Merkel ally.

Annegret Kramp-Karrenbauer, secretary general of Merkel’s Christian Democrats (CDU), said she backed “actively using the channels of communication that we have with Russia”, adding: “That’s certainly an area where the chancellor can play a decisive role.”

Kramp-Karrenbauer - tipped as a possible successor to Merkel - said a debate was underway among the conservatives about whether sanctions made sense, although she added that unjust acts committed by Russia needed to be penalised.

The German Committee on Eastern European Economic Relations, a business lobby group, expressed concern about a new wave of U.S. sanctions. These could hit European companies that had supported “significant transactions” on behalf of blacklisted Russian individuals, it said, adding that the German government and Brussels needed to protect EU firms from sanctions.

“TOO MUCH AT STAKE”

Roth, whose party is junior partner in Merkel’s coalition, echoed comments from President Frank-Walter Steinmeier - a fellow Social Democrat - that “too much is at stake” for Germany to cast Russia as an enemy.

Opinion in the coalition is not necessarily divided along party lines. Foreign Minister Heiko Maas, also a Social Democrat, has appeared to shift away from a conciliatory approach to Moscow while Alexander Dobrindt, a lawmaker for Merkel’s Bavarian sister party, has questioned the effectiveness of the sanctions against Russia.

The sequence of interventions, by Roth and Steinmeier from the SPD, and Dobrindt and former defence minister Karl-Theodor zu Guttenberg on the right, highlight how Merkel’s diminished authority in her fourth and likely final term in office is limiting her room for manoeuvre.

Guttenberg, himself once tipped as a potential Merkel successor before his fall from grace in an academic plagiarism scandal, criticised the government for its policy towards intervention in Syria in the face of a cynical Russia.

“We make it easy for ourselves, letting the others do the dirty work,” he said of Merkel’s decision not to participate in missile strikes launched by the United States, Britain and France on Syria last week after its suspected use of chemical weapons.

“It is good that somebody still acts when someone kills children, innocent people,” he told mass-selling Bild newspaper.