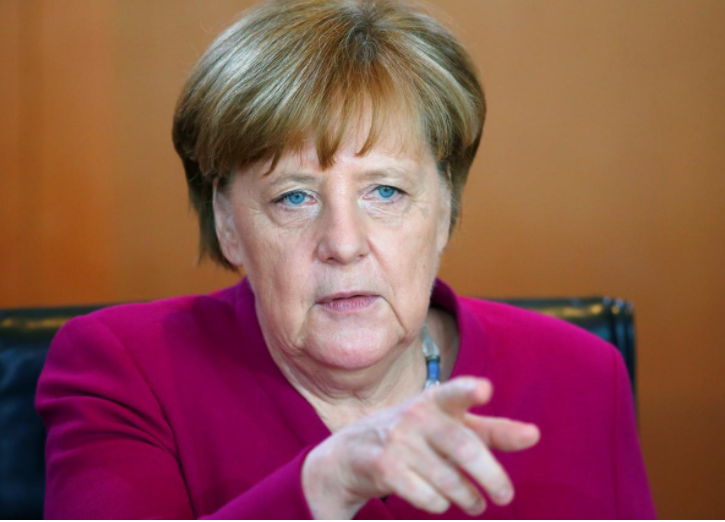 President Emmanuel Macron, who will meet Merkel in Berlin on Thursday, is pushing hard for bold euro zone reforms to defend the 19-member currency bloc against any repeat of the financial crisis that took hold in 2009 and threatened to tear it apart.

His vision includes turning Europe’s existing ESM bailout fund into a European Monetary Fund (EMF). At one point, Macron also suggested the zone should have its own budget worth hundreds of billions of euros, an idea that does not sit well with Germany.

Merkel told lawmakers from her conservative bloc on Tuesday that she favoured the EMF concept as long as member states retain scrutiny over the body, participants at the meeting said.

“It’s not that one side is putting the brakes on and the other pushing ahead,” one of the participants at Tuesday’s meeting said. “We want to find a good reform path together.”

German conservatives worry that an EMF could fall under the purview of the European Commission and could use German taxpayers’ money to fund profligate states. They also fear the Bundestag, Germany’s lower house of parliament, would lose its ability to veto euro zone aid packages.

Merkel told the meeting that an EMF should be incorporated into European law via a change in the EU treaty, though she did not make this a stipulation for creating it, participants said.

European treaty change is a tricky feat that could take time to achieve, but by not categorically insisting on it Merkel leaves wiggle room for her talks with Macron.

The chancellor’s remarks to her parliamentary bloc tread a careful line between Macron’s drive for bold euro zone reform and her conservatives’ push to retain scrutiny of any EMF.

A succession of bailouts for Greece aroused stiff opposition in Germany. The Bundestag approved them all, but the rise of the anti-euro Alternative for Germany (AfD) - now the main opposition party - has since heightened the conservatives’ wariness of going too far with euro zone reforms.

“Angela Merkel must not become Macron’s assistant,” the AfD’s leader in parliament, Alexander Gauland, said in a statement, urging her to distance the government from the French leader’s plans.

One participant at Tuesday’s meeting of lawmakers with Merkel said she wanted an EMF to act with conditionality - the same approach taken by the International Monetary Fund, which attaches strict reform conditions to aid.

In line with leading members of her conservatives in parliament, she also rejected plans floated by the European Commission to make use of a specific EU legal provision to develop the existing euro zone bailout fund into an EMF.

Merkel’s coalition partners, the left-leaning Social Democrats (SPD), sympathise with Macron and want him to be rewarded for his efforts to reform the French economy, well aware that a large chunk of French voters remains susceptible to far-right and far-left populists sceptical about the EU.

France and Germany, which account for around 50 percent of euro zone output, are essential to the reform drive. But while they often put on a strong show of political unity and shared intent, the devil is often in the detail.

On Tuesday, Merkel said creating a euro zone banking union was a priority for her, but she also broadened out the reform question to include a European asylum system, as well as foreign, defence and research policy.

Framing reform as such a broad issue risks diluting Macron’s drive to beef up the euro zone with extra funding fire power.

In Brussels, senior EU officials are playing down expectations for rapid and substantial progress. They hope the next couple of months can lay the groundwork for what will be agreed over the coming years.

“We hope to get an early harvest in June and a road map for the rest,” said one senior official, describing the Commission’s hopes for a Franco-German deal to conclude some euro zone reforms at a summit on June 28-29 and agree a schedule for further moves.