Thirteen people were killed after a  military helicopter crashed in southern Mexico following an earthquake in the region, prosecutors in Oaxaca State said Saturday.

Twelve people died at the scene of the crash and another person later died in hospital. Fifteen others were injured, the state prosecution office said.

The helicopter also carried Mexican Interior Minister Alfonso Navarrete and Governor of Oaxaca State Alejandro Murat, both of whom survived.

The crash occurred Friday night shortly before the helicopter landing at Pinotepa Nacional, a coastal town 11 km south of the epicenter of a 7.2-magnitude quake which had jolted Oaxaca State Friday afternoon.

The officials told local press that the helicopter crashed after the pilots "apparently lost control".

The minister and governor were on a tour to survey the aftermath of the earthquake that had rocked the southern and central states of Oaxaca, Chiapas, Puebla and Michoacan and Mexico City.

Mexico's National Seismological Service has recorded more than 194 aftershocks so far. There are no immediate reports of serious damage and casualties.

Navarrete said about 998,000 people nationwide are left without power. Some residential buildings in Oaxaca were damaged.

Mexico is located in a highly seismic zone with frequent earthquakes. 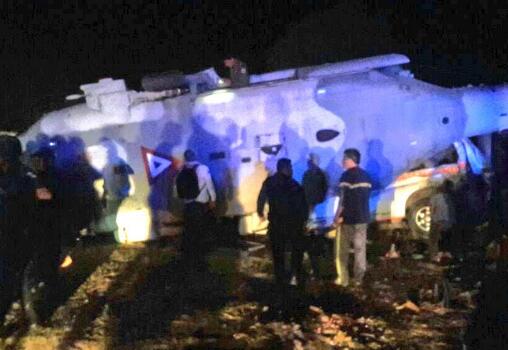