HEADLINE Mexico rejects Trump's comments that some immigrants are 'animals'

Mexico rejects Trump's comments that some immigrants are 'animals' 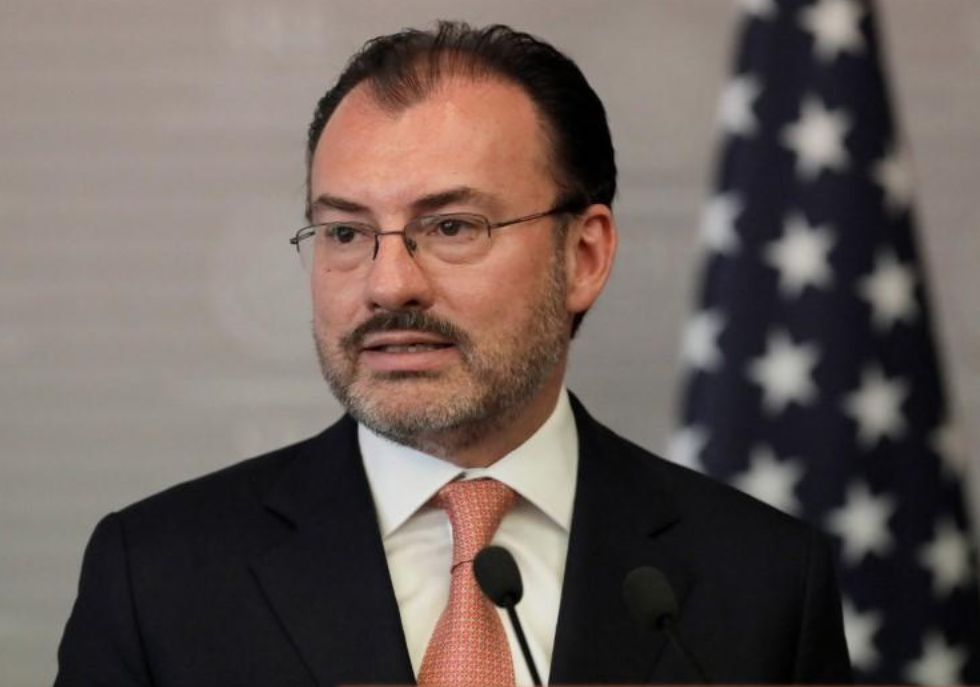 Mexico’s Foreign Minister said on Thursday that recent remarks by US President Donald Trump describing some undocumented immigrants as “animals” were unacceptable, and that a formal complaint would be filed with the State Department.

“President Trump referred to some immigrants, perhaps he had criminal gangs in mind, I don’t know, as animals, not as persons,” Luis Videgaray said in an interview with local TV station Televisa.

“In the opinion of the Mexican government this is absolutely unacceptable and we are going to formally communicate this to the US State Department today,” he said.

Trump made the remarks on Wednesday during a meeting with California municipal leaders who favor his goal of making the US border impervious to illegal immigration.

“We have people coming into the country, or trying to come in, and we’re stopping a lot of them, but we’re taking people out of the country. You wouldn’t believe how bad these people are. These aren’t people. These are animals,” said Trump.

At the meeting, Trump voiced hostility for Mexico, which will be partnering with the United States and Canada in an unprecedented bid to host the soccer World Cup in all three countries in 2026. It is also part of the North American Free Trade Agreement (NAFTA) that Trump hopes to renegotiate or end.

“Mexico does nothing for us,” Trump had said at the meeting. “Mexico talks but they do nothing for us, especially at the border. They certainly don’t help us much on trade.”

Despite Trump’s comments, Mexico has been working hard to try and win favor with the US administration in areas like diplomacy and migration, in the hopes of garnering a beneficial renegotiated NAFTA deal.

The United States is still pushing for a deal to revise NAFTA, the White House said on Wednesday, while a top Mexican official held out the possibility of an agreement in the coming weeks.

Since 2014, when former President Barack Obama was in the White House, Mexico has more aggressively enforced its own southern border, detaining and deporting tens of thousands of immigrants, many of whom hail from the poor, violent Central American nations of Honduras, Guatemala and El Salvador.