Miguel Diaz-Canel, 57, to succeed Raul Castro as Cuba's next president 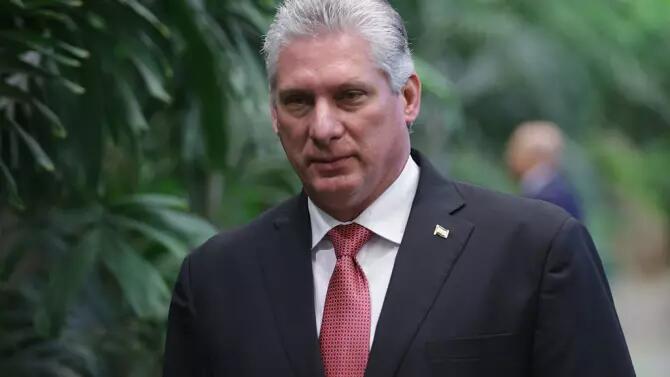 Cuba moved a step closer to having a new president Wednesday with First Vice President Miguel Diaz-Canel nominated as President Raul Castro's successor in a historic generation change for the first time in almost six decades.

The National Candidature Commission (NCC) nominated Diaz-Canel, first vice president of the Council of State, after the 57-year-old's name was proposed by the 604 National Assembly lawmakers to head the country.

As the NCC finally announced  Diaz-Canel's name after months of speculation, he received a standing ovation and a hug from his mentor Raul Castro.

"Diaz-Canel has a rich political career aligned with the generation born after the triumph of 1959 and has been growing with the revolution since he became a student leader," Gisela Duarte, president of the NCC, said while proposing his name.

Ramiro Valdes, 85, was proposed as one of the vice presidents in a significant move, thereby keeping in the future government a historical leader who fought in the liberation war along with the Castro brothers.

The proposal for the vice presidents was completed with Gladys Bejerano nominated for a second term and new faces, including current Public Health Minister Roberto Morales.

Although Castro was elected a lawmaker, he won't be part of the Council of State. Nor will be a current vice president, Jose Ramon Machado, 87, another revolutionary figure.

With the changes, the average age of the leadership will become 54 years as 77 percent of the proposed candidates were born after the triumph of the revolution in 1959. Also, 48 percent are women.

The proposed names have been submitted for a secret vote among the lawmakers with the results to be known on Thursday.

Diaz-Canel is expected to give a speech to close the session where he will lay out the government's roadmap for the next five years.