HEADLINE Millennials set to be fattest generation in UK: research

Millennials set to be fattest generation in UK: research 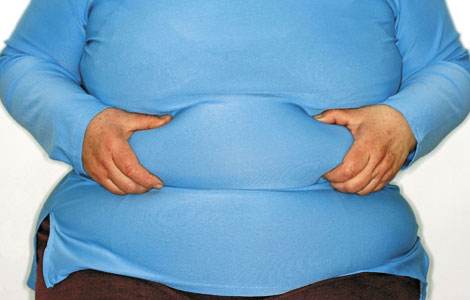 Millennials are on track to be the fattest generation in British history, with 70 percent dangerously overweight before they reach middle age, health experts say.
Based on population trends, more than seven in every 10 people born between the early 1980s and mid-90s will be too heavy by the time they reach 35 to 44, according to Cancer Research UK.
In comparison, about half of baby boomers, born just after World War Two, were fat at that age.
The trend among millennials is worrying because being fat as an adult is linked to 13 types of cancer, including breast, bowel and kidney cancer, but only 15 percent of Britons are aware of the link, according to the charity.
"Millennials are known for following seemingly healthy food trends, but nothing beats a balanced diet," said Linda Bauld, a cancer prevention expert at the charity.
"Eating plenty of fruit, vegetables and other fiber filled foods like whole grains, and cutting down on junk food is the best way to keep a healthy weight," she said.
Obesity prevalence has been increasing in Britain, from 15 percent in 1993 to 27 percent in 2015.
In 2015, the highest obesity levels were seen in people aged 55 to 64, but experts are concerned that younger generations are on track to become fatter still.
"There is a danger that being overweight is becoming normalized, as we know that many people struggle to recognize obesity in themselves, and often are unable to see when their child is overweight," Russell Viner from the Royal College of Paediatrics and Child Health said.
"Knowledge of the links between cancer and smoking have driven smoking rates down dramatically amongst our young people," he added. "We need the same recognition of the dangers of obesity."