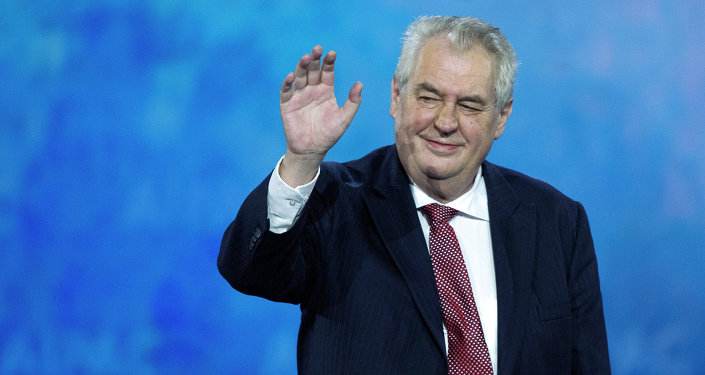 Warsaw (People's Daily)- Russia-friendly Czech President Milos Zeman won the first round of votes for a second term in office, but faces a formidable challenge from runner-up Jiri Drahos.

With votes from 98.9 percent of districts counted, Zeman led the race with 38.6 percent from pro-Western academic Drahos with 26.6 percent, according to nearly complete results from Saturday's poll.

Although the Czech presidency is a largely ceremonial role, the president plays a key role in the formation of new governments.

The role also offers a platform from which the incumbent can seek to influence the Czech political discourse.

Zeman has forged close ties with Russia while his speeches are known for their nationalist and anti-immigrant rhetoric.

President Zeman prompted good relations with China during his last term. He attended China’s parade commemorating the 70th anniversary of the victory of the anti-fascist war in 2015.

“The first round result is a heavy blow for Milos Zeman, although he won it formally. It shows he doesn’t have much more where to take the votes,” political scientist Josef Mlejnek told Reuters. “They will try to picture [Drahos] as a friend of migrants, an agent of the EU.”

Four other candidates who finished between third and sixth and who together tallied 32.5 percent, all endorsed Drahos for the second round.