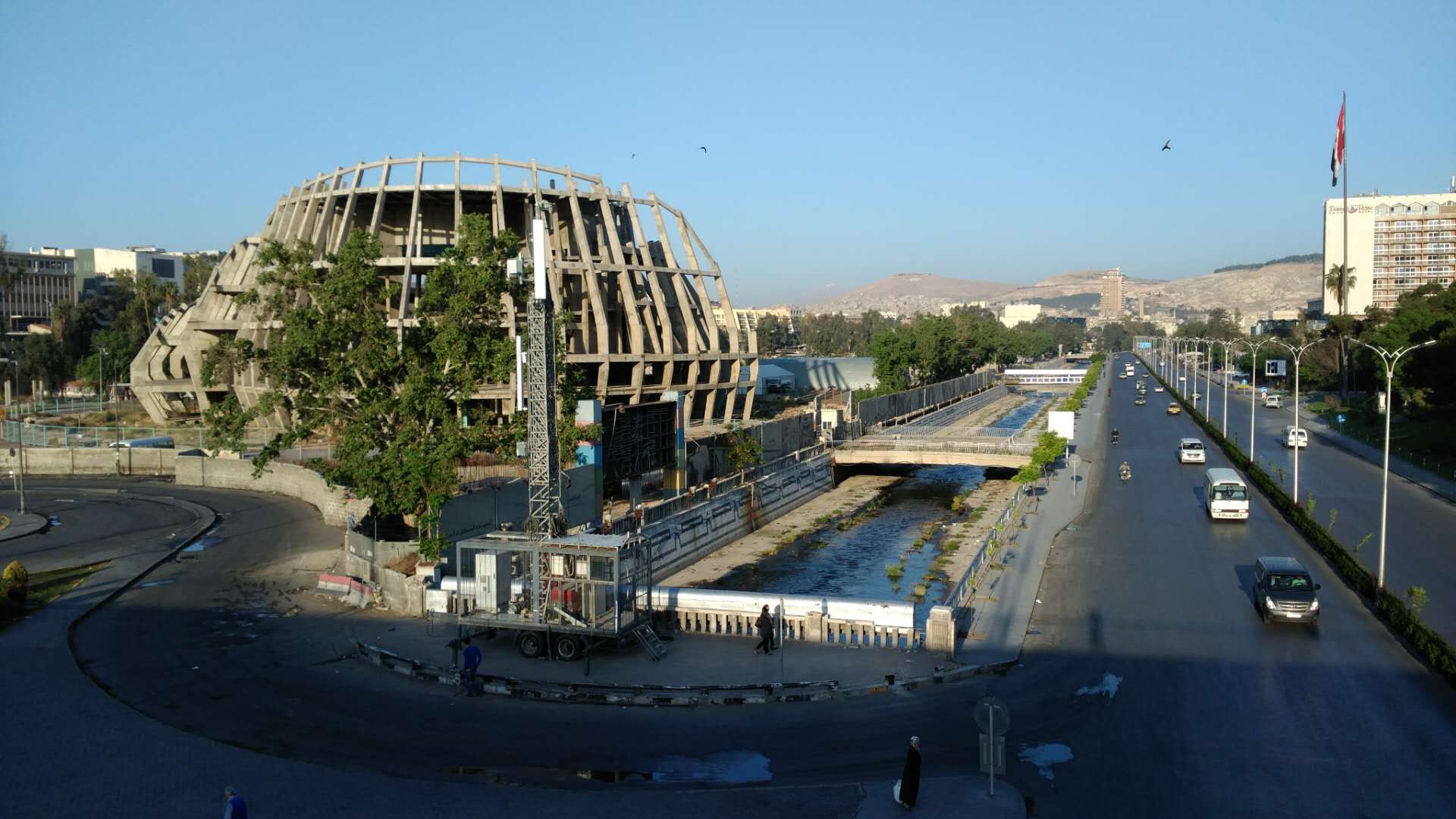 The photo taken on April 14 shows Maza Street, a main downtown road in Damascus，about 6 km away from a military installation that was attacked by US-led strikes. (Photo: Li Xiao/ People's Daily)

Around 4 a.m. Saturday, the US-led coalition launched air strikes against Syria. I could hear continuous explosions all over.  The Syrian capital Damascus had frequently encountered sporadic mortar attacks from opposition forces in the eastern suburbs. But yesterday’s strike sounded consistent and lasting.

On the 7th, it was reported that a so-called “chemical attack” occurred in the eastern suburbs of Damascus. A video showing Syrian civilians gradually suffocating and foaming at the mouth after a suspected chemical attack began to spread on the internet. Since then, rumors have been fermenting. However, whether it is true or not remains unknown. On the 9th, US President Donald Trump did not rule out military action as a response.

The overall situation in Syria, especially in Damascus, was relatively calm after Trump’s order to launch a "precise" attack, because the suspicion of chemical attacks was aroused not for the first time. Every time government forces gained an advantage on the battlefield, such rumors would emerge. Over time, local residents cared less about such suspicions. But this time, the Syrian government made arrangements because the US had already made a clear statement. A large number of armored vehicles and missile interceptors were mobilized on Thursday and Friday.

I live on the north side of the main street in Damascus, and have a good vantage point. After the incident, I observed there were at least three fires around my residence. Police cars and ambulances were crisscrossing the city.

Electricity and network facilities in Damascus were affected by the attack. The early protection of network cables and backup generators guaranteed my work would be undisturbed, so that texts, pictures, video reports and rolling news could be sent to China.

But after the strike when I checked the house, I discovered in the office a big crack between the window and the wall.

The Chinese Embassy in Syria contacted all Chinese overseas immediately after the strike occurred and confirmed that no one was injured.

After daybreak, I took to the streets and conducted some interviews. There were not many unusual signs on Damascus streets, maybe because people have been accustomed to such attacks due to long years of war. Some local residents hung Syrian national flags on their windows and cars to protest against Western military attacks and to express their determination to defend national sovereignty and dignity.

（The author is People's Daily correspondent in Syria）