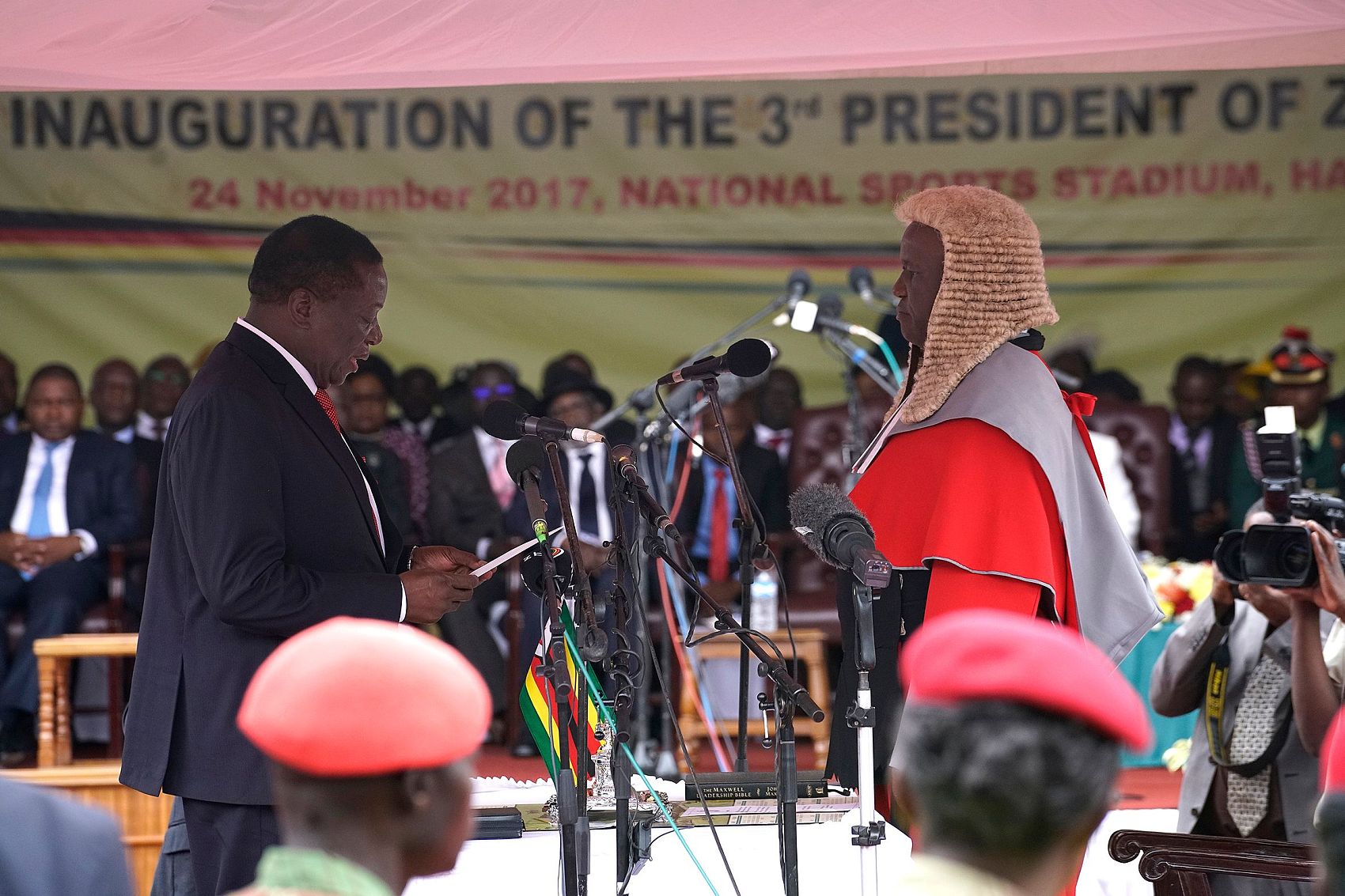 Emmerson Mnangagwa (L) is sworn in as president in Harare, on November 24, 2017 during the Inauguration ceremony. (Photo:VCG)

"I, Emmerson Dambudzo Mnangagwa, swear that as the president of the republic of Zimbabwe I will be faithful to Zimbabwe and obey, uphold and defend the constitution and all other laws of Zimbabwe," he said and took the oath of office at the national sports stadium on the outskirts of Harare.

More then ten thousands zimbabwean flooded in the national stadium and witnessed the historical moment of Zimbabwean history. Mnangagwa, who replacing Mugabe, become the second president after the independence of Zimbabwe in 1980.

In the ceremony, General Constantino Chiwenga, who played a key role in the recent situation of Zimbabwe, attended also the ceremony.