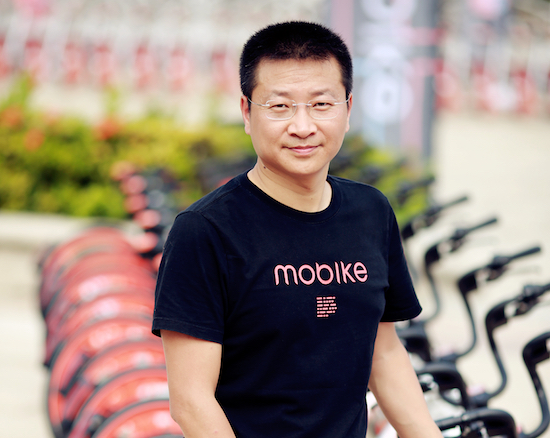 “My next plan is to spend more time with my family,” Davis wrote in an internal letter when it comes to his reason for resignation. “I will be a personal advisor for Mobike moving forward,” he said.

In another internal letter, Hu Weiwei, the founder of Mobike, announced her takeover of Davis’ position and became the new CEO.

Davis and Hu Weiwei co-founded Mobike in 2015. The company has become one of the biggest bike-sharing players (the other is OFO) in China after a fierce two-year competition.

On April 4 this year, Meituan Dianping acquired Mobike for $2.7 billion. At that time, Wang Xing, CEO of Meituan, promised that Mobike’s management team would keep unchanged. Now the story has changed anyway.

According to media reports when the acquisition was announced, it was no secret that Davis was against the acquisition and some even thought this was one of the reasons for his resignation.