Modi said on his Weibo post that he looks forward to working with Xi to promote Indian-Sino ties.

On September 5, 2017, President Xi Jinping met in Xiamen with Prime Minister Narendra Modi of India, who was in China for the ninth BRICS Summit and the Dialogue of Emerging Market and Developing Countries. (Xinhua) 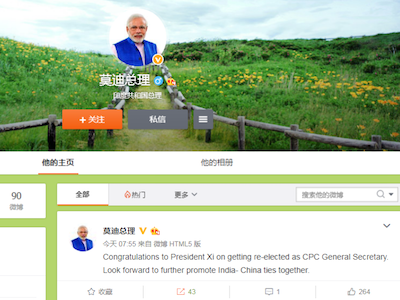