This is People's Daily presenting Moments of the Week, a feast for your eyes. 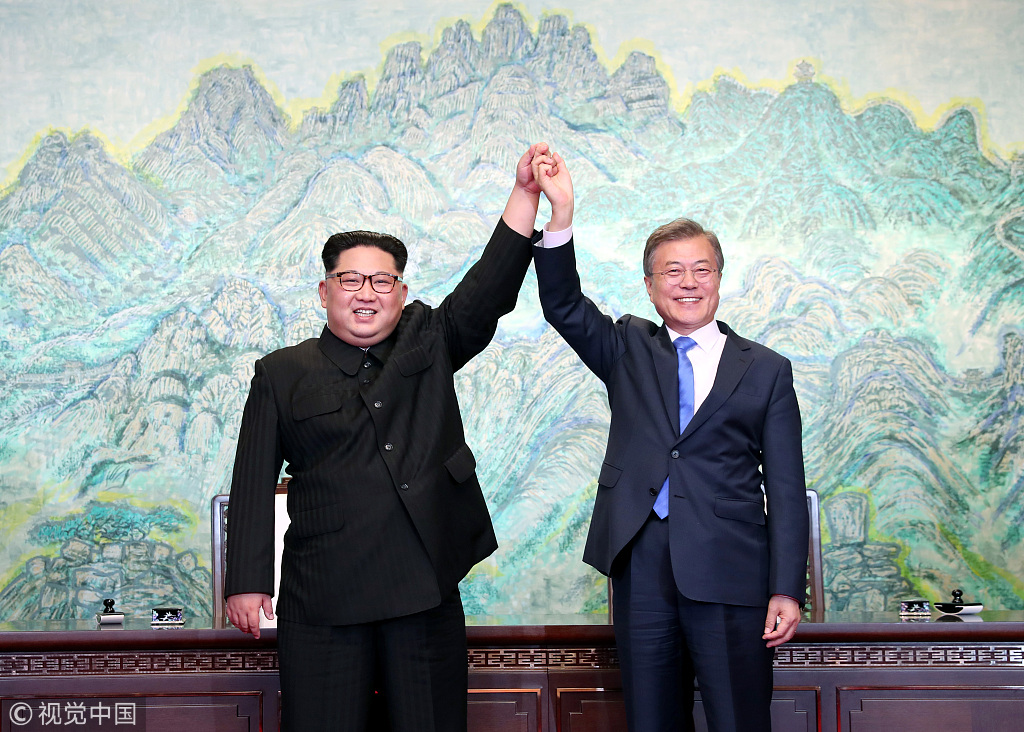 North Korea's leader Kim Jong Un (L) and South Korea's President Moon Jae-in (R) raise their jointed hands during a signing ceremony near the end of their historic summit at the truce village of Panmunjom on Friday. The leaders of South and North Korea embraced warmly after signing a statement in which they declared "there will be no more war on the Korean Peninsula”. Photo: AFP A suicide blast killed 57 people -- including at least five children -- and wounded over 100 more on Sunday at a voter registration center in Kabul, according to Afghan officials. The bomber was on foot when he detonated his explosives at the gate of the building about 10 a.m. local time, Interior Ministry spokesman Najib Danish said. Photo: AFP The Duke and Duchess of Cambridge and their newborn son leaving the hospital only a few hours after delivery. The newborn, also the couple’s third child, weighs 8lbs 7oz (3.8 kilograms) born at 11a.m. local time Tuesday at the hospital, according to Kensington Palace. Photo: AFP 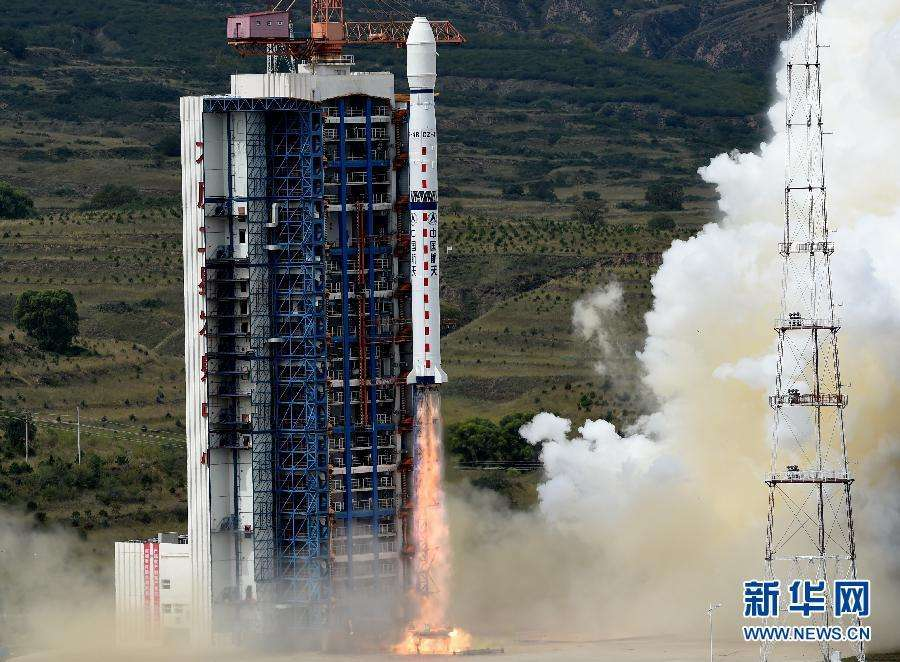 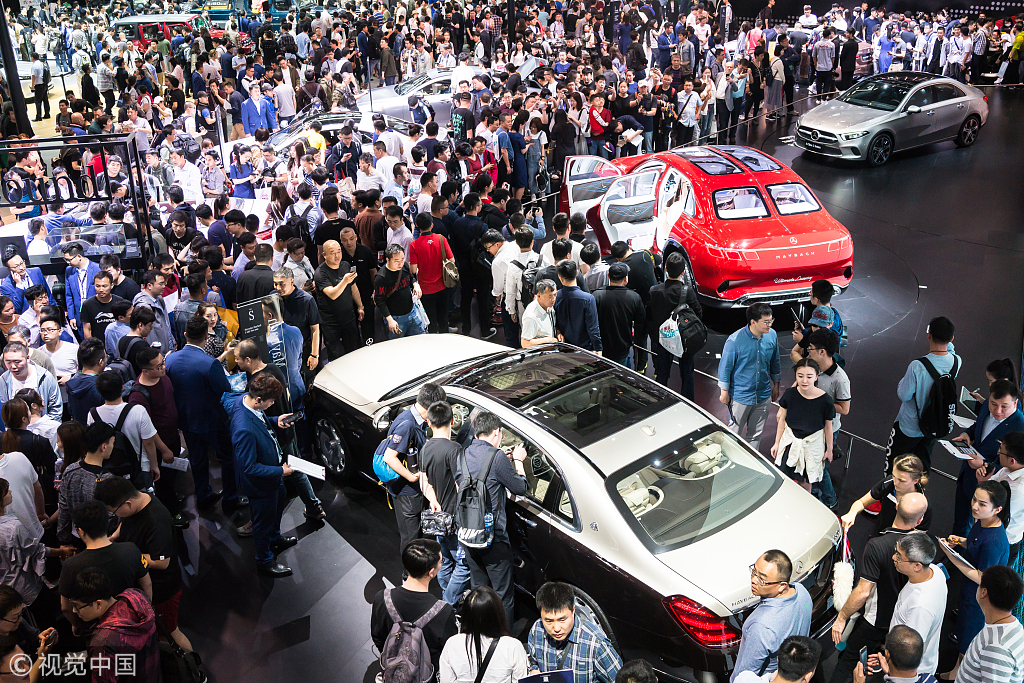 Auto China 2018, also known as 2018 Beijing International Automotive Exhibition, is underway in Beijing until May 4. Auto brands from home and abroad have launched new models at the exhibition, with electric cars, autonomous vehicles and luxury cars grabbing the attention. Photo: VCG 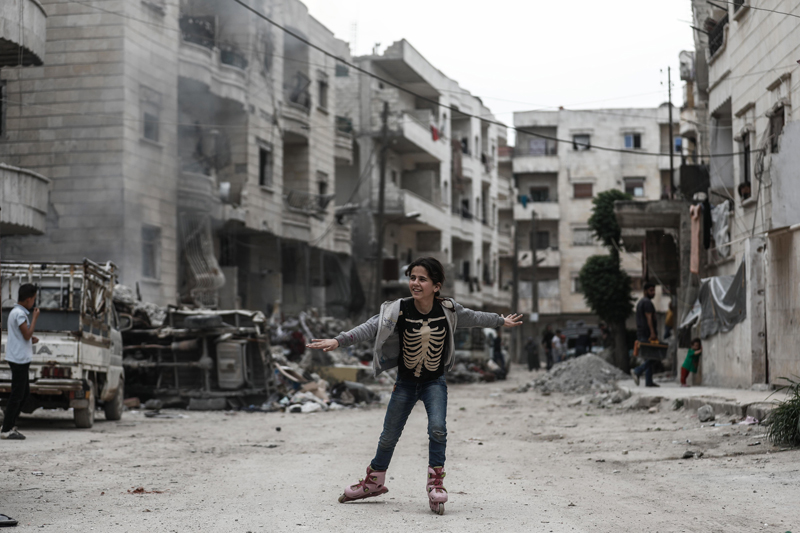 A general view taken on April 26, 2018, shows Eiva, a Syrian-Kurdish girl, roller-blading in the street in the northern Syrian enclave of Afrin that Ankara-backed forces captured from Kurdish fighters in recent months. Tens of thousands of people were displaced by the Turkish-led assault on the Afrin region, whose small towns and villages were home to mostly Syrian Kurds.Photo: VCG 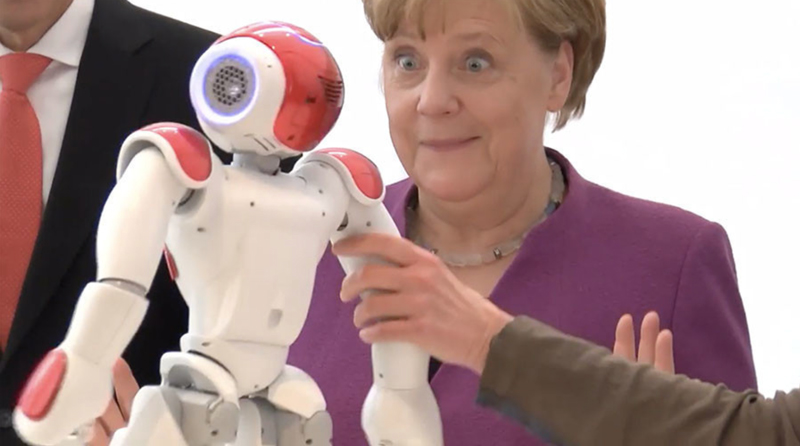 German leader Angela Merkel betrayed her typically stoic demeanor while playing with a robot at the Chancellery on Wednesday. Photo: Ruptly It was announced on Friday that the 68-year-old Arsenal manager Arsene Wenger will leave the club at the end of the season, despite having a year left on his contract. Wenger added he would continue to work "for sure" in the future, but was not ready to commit to anything else "at the moment”. The photo shows Wenger gesturing on the touchline during the UEFA Europa League first leg semi-final football match between Arsenal and Atletico Madrid at the Emirates Stadium in London on Thursday. Photo: AFP 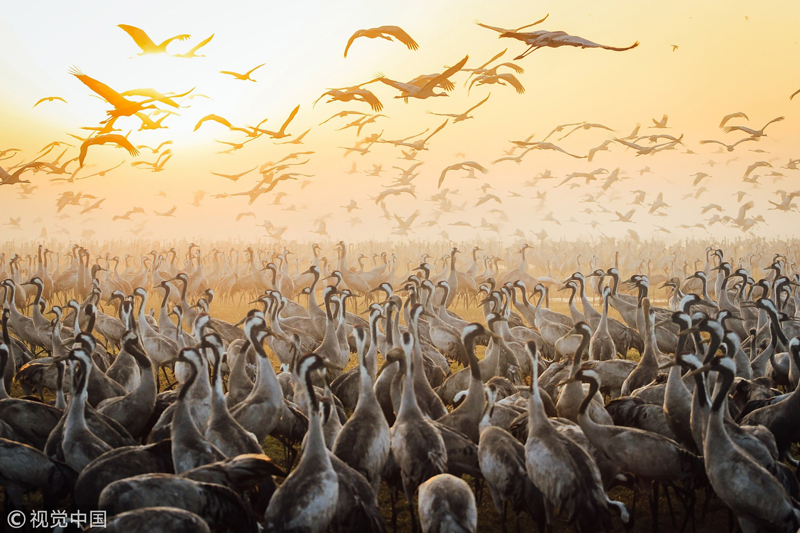 Tens of thousands of cranes take a break during their migration and enjoy the sunset at the Hula Lake Park in north Israel's Hula Valley. The Hula Valley is one of the prime bird-watching spots in Israel. Photographer Farid Kazamil captured the stunning scene while visiting Hula Lake and said that he was very excited by the spectacle of seeing the tens of thousands cranes all in one place. Photo: VCG