HEADLINE Moon Jae-in may join DPRK, US in Singapore for three-way summit

Moon Jae-in may join DPRK, US in Singapore for three-way summit

Moon Jae-in, president of the Republic of Korea (ROK), may join leaders of the US and the Democratic People's Republic of Korea (DPRK) in Singapore around June 12 for a three-way summit, Yonhap news agency reported citing an unnamed Cheong Wa Dae official. 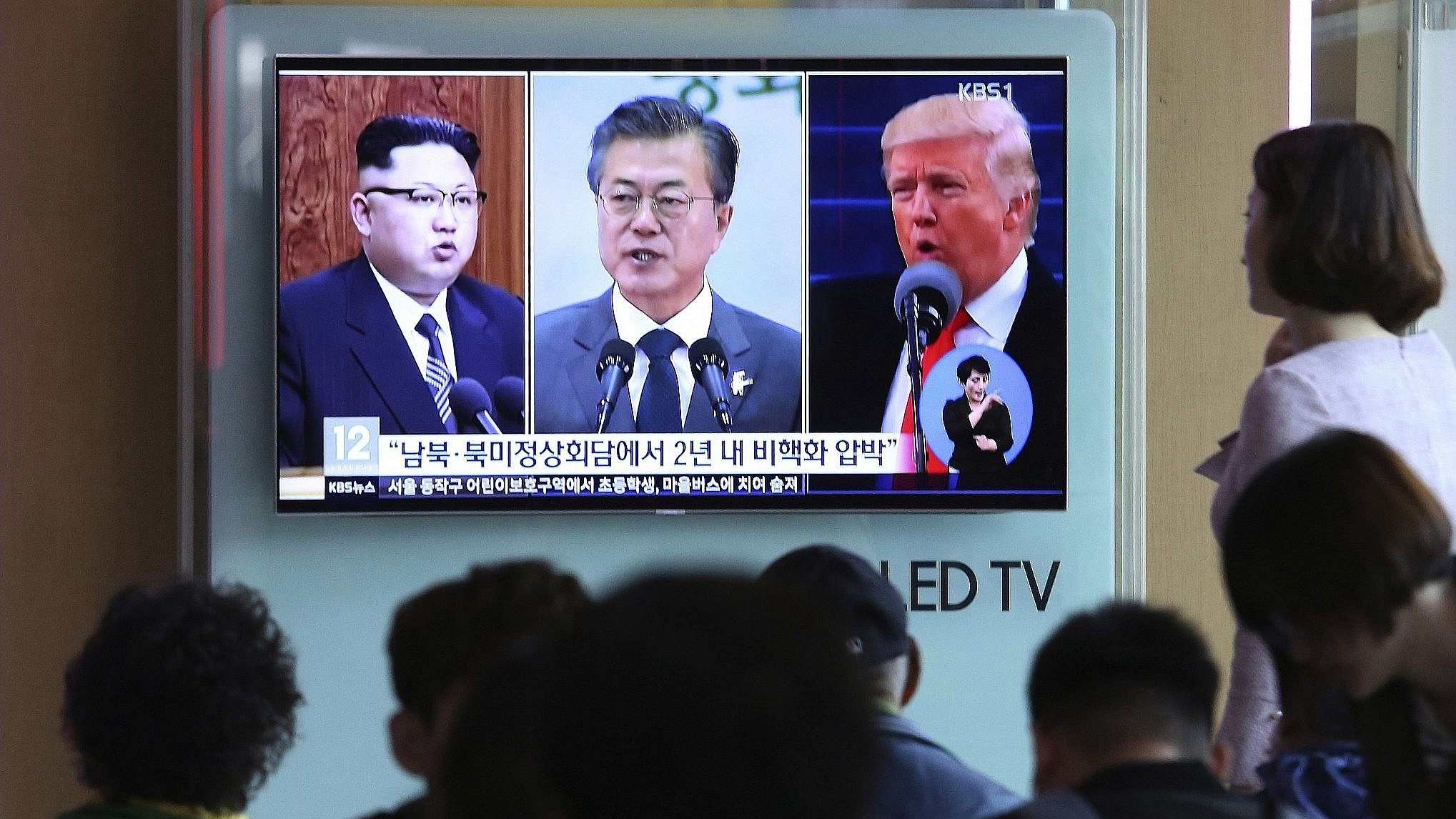 "The discussions are just getting started, so we are still waiting to see how they come out, but depending on their outcome, the president could join President Trump and Chairman Kim in Singapore," the official was quoted by Yonhap as saying.

A US delegation led by former US ambassador to the ROK is now in the DPRK for talks to prepare for the leader summit next month.

US President Donald Trump was initially scheduled to meet the DPRK leader Kim Jong Un in Singapore on June 12, but pulled out of the highly anticipated summit last Thursday, blaming Pyongyang's "open hostility."

Efforts have been seen made in the last few days as the DPRK showed willingness to talk to the US, and a surprise Kim-Moon meeting last Saturday focused on bringing the cancelled Trump-Kim summit back on track.