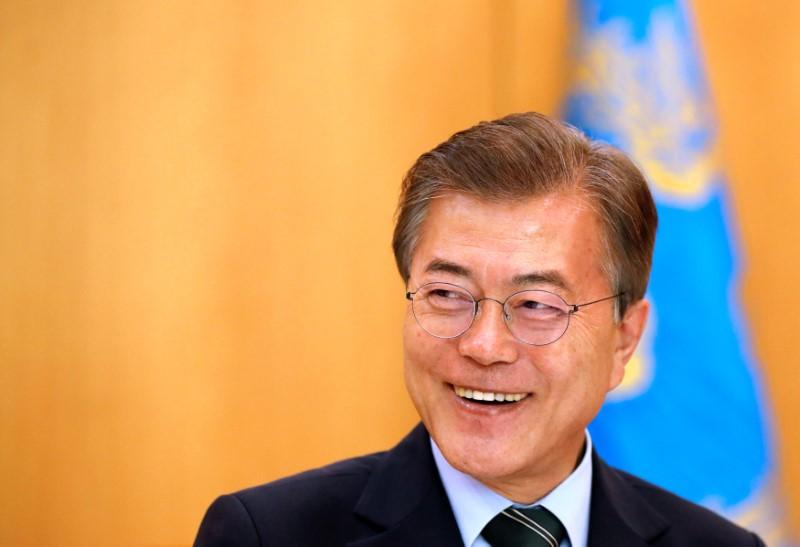 South Korean President Moon Jae-in's scheduled visit to China in December signals a continuing thaw in relations between China and South Korea, which could also contribute to maintaining stability on the Korean Peninsula, observers said. Yet Sino-South Korean relations are unlikely to return to the "honeymoon period" of earlier this decade due to the ongoing influence of the US and the deployment of the US Terminal High-Altitude Area Defense (THAAD) anti-missile system in South Korea.Chinese Premier Li Keqiang urged South Korea to continue making substantive efforts to remove obstacles to bilateral ties to ensure their countries' sound and steady development during a meeting with Moon on the sidelines of a series of leaders' meetings on East Asian cooperation in the Philippine capital of Manila on Monday. Two days before Li's meeting with Moon, South Korea's presidential office announced that Moon will visit China in December to hold another round of talks with Chinese President Xi Jinping.The announcement came after Xi met with Moon in Da Nang, Vietnam on the sidelines of the Asia-Pacific Economic Cooperation (APEC) Economic Leaders' Meeting, during which the two leaders reached an important consensus on improving ties."Leadership-level interactions play a significant role in guiding the development of China-South Korea relations," Chinese foreign ministry spokesperson Geng Shuang told a press conference on Tuesday.China and South Korea have achieved some consensus on the THAAD issue through diplomatic means. Properly dealing with the issue and removing obstacles that affect the development of bilateral relations is the wish of both countries and conforms to their mutual interest, Geng said.Zheng Jiyong, director of Shanghai-based Fudan University's Center for Korean Studies, told the Global Times on Tuesday that the upcoming visit helps Moon boost the South Korean economy, and shows South Korea's efforts to enhance its great-power diplomacy. For China, South Korea is an important neighborhood, and improving diplomatic ties will implement the spirit of the 19th National Congress of the Communist Party of China (CPC) which calls for fostering a new type of international relations, Zheng said. He added that China's positive attitude in improving ties with South Korea could also reinforce other neighboring countries' confidence in China.With improving ties, China is expecting greater cooperation with South Korea in maintaining the stability of the Korean Peninsula, said Dong Xiangrong, a research fellow at the National Institute of International Strategy of the Chinese Academy of Social Sciences. China and South Korea trade in the tourism and retail sectors have shown signs of improvement in the past two weeks, interviews and research by Global Times indicate. Chinese travel agencies have seen a growing number of trips to South Korea, and several Chinese airlines also announced they will resume flights to South Korea.Greater cooperation expectedHowever, experts say it won't be easy for Sino-South Korean relations to get back to the honeymoon period of years ago."The biggest obstacle is the low mutual trust in bilateral security, fueled by the deployment of the THAAD system," Zheng said, adding that the THAAD system has put South Korea in an awkward position between two powers. Meanwhile, the on-going cooperation between China and the US on the North Korea issue could also contribute to a continuing thaw in Sino-South Korean ties, experts said.During US President Donald Trump's visit to China last week, both China and the US agreed to strengthen communication and coordination on issues involving the Korean Peninsula. "At this stage, South Korea still has many technical problems to solve, such as how to ensure it will not undermine China's strategic interests as it promised, before the thaw in bilateral relations," Dong said.South Korea has stated that it will not join a tripartite military alliance linking South Korea, the US and Japan, nor will it participate in the US anti-missile system or make additional deployments to the THAAD system, promising that the current THAAD deployment will not undermine China's strategic security interests.