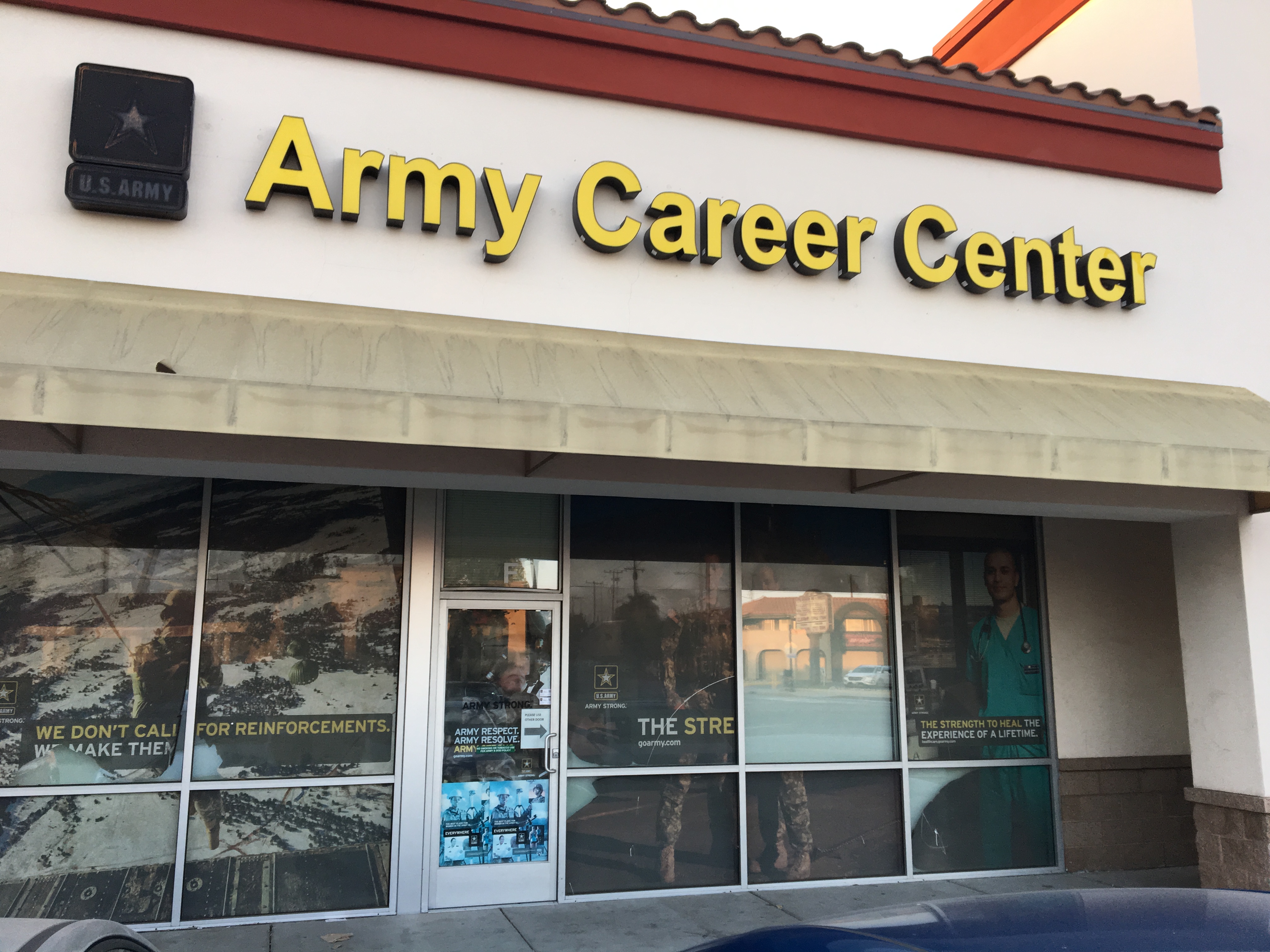 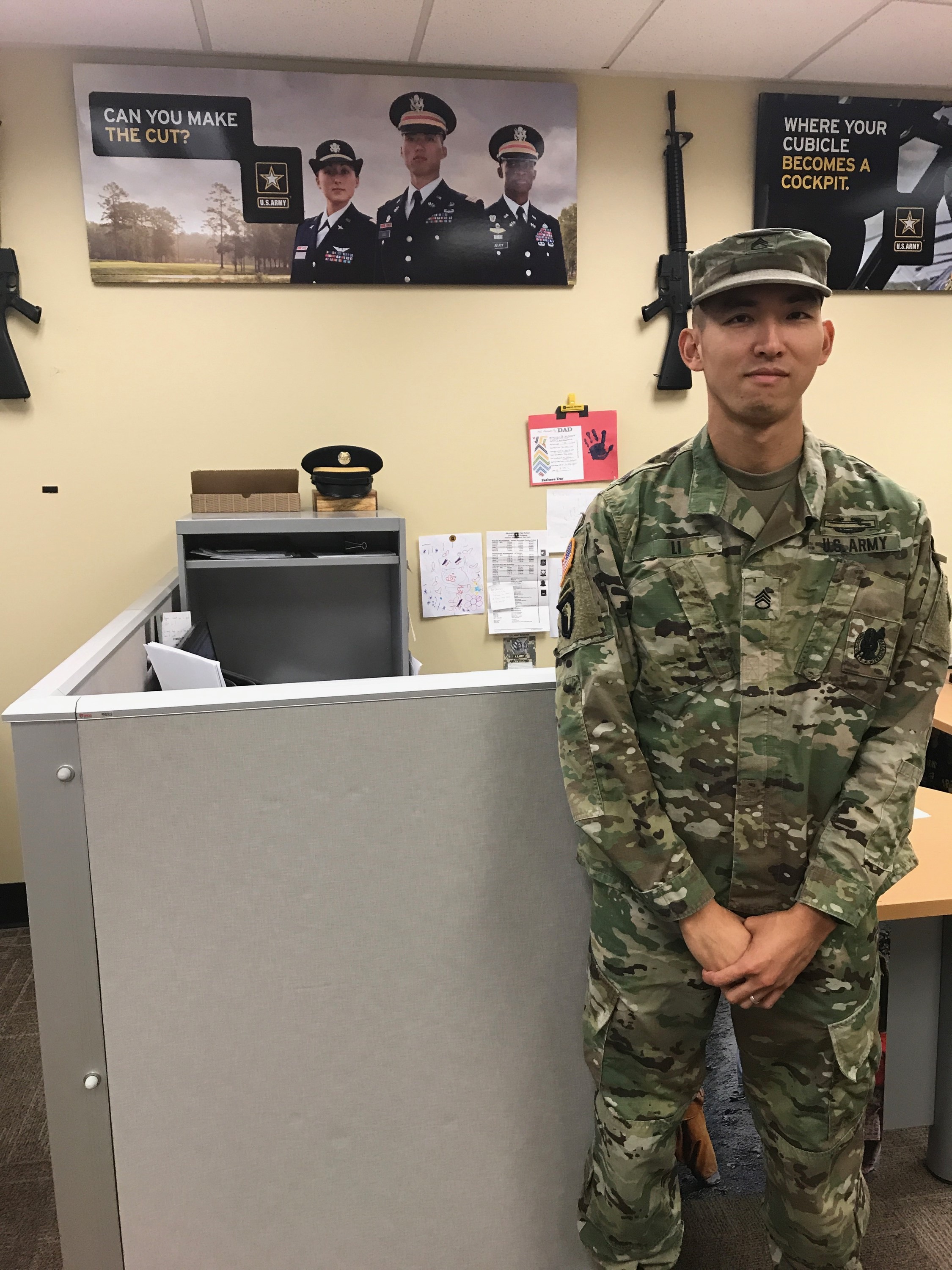 Los Angeles (People's Daily) - For younger Chinese immigrants with US citizenship aspirations, enlisting in the US Army is a solid option. Even though the risk of combat and other dangers exist, the number of Chinese joining the army continues to rise as the influx of Chinese immigrants coming to America increases.

As established by the United States Citizenship and Immigration Services (USCIS), “an individual may qualify for naturalization if he or she has: served honorably in the US armed forces for at least one year, obtained lawful permanent resident status, and meets the requirements for naturalization.”

Founder and director of Chinese American Military Support (CAMS), Ray Chen, is often invited to speak with Chinese communities where he offers encouragement for those who want to learn more about joining the US armed forces. Chen feels the increasing number of Chinese enlisting is a good indicator of how enthusiastic they are when it comes to their integration into American society.

It was during the Iraq War when Chen founded CAMS.  He remembers the Chinese soldiers who served then as some lost their lives while others sustained lifelong injuries. Chen's group provided comfort and support for the families who had loved ones fighting overseas.

Chinese Americans first served in the US army in 1931, inspired by the Manchurian Incident.  When Japan started to invade Northeast China, the US Army set up an aviation training facility and taught Chinese recruits how to fly.  Once they were ready, the Chinese returned to the Mainland to fight the Japanese.

In World War II, over 10,000 Chinese Americans were placed on active duty.  A few went on to become senior-ranking officers such as General Chung-Hoon of the US Navy, who had a ship named after him, the USS Chung-Hoon (DDG-93). Other significant Chinese figures include Major General Calvin Kelly Lau who served as Deputy Commanding General (DCG) for the US Army Pacific in the 1990s.

Chen often like to say, “Different eras inspire different reasons,” when discussing why a person decides to enlist. Today, one reason the Chinese like are the favorable conditions the military provides. At some recruiting stations in southern California, signs read, “Join the US Army and become a citizen before graduating from military training."

As Chen explained, Chinese immigrants need to live in the US as legal residents before they can enlist.  Monthly salaries start at around $2,000 and increase during the time served and for rank promotions. Full health coverage is provided for immediate family members, and at no cost.

New recruits can choose the job they desire, and then receive proper training. The military provides 30 days of paid vacation every year, and education programs and college tuition waivers are also available. For those injured in combat, they receive a disability certificate and special treatment if required.

But the military experience is not always easy, and can be especially hard for Chinese recruits. For example, Danny Chen was a Chinese-American soldier who committed suicide after suffering from repeated racially-motivated abuse from his fellow soldiers while serving in Afghanistan. But Chen admits that is an extreme example and the army does not have a bullying problem.

Chen enlisted in 1997 and served over three years where he was stationed in Panama. He feels that army training can improve a person's mental and physical well-being.  Chen is also quick to remind that for those who enlist, they need to be prepared to make sacrifices.

Jialong Li was a young teenager when he arrived in the US with his parents.  When he was fresh out of high school at the age of 17, he decided to join the army.  Back then he was not fluent in English, which made it hard to find a job.  He would later go on to serve in Iraq for nine months. Enlisting in the army is a decision he has never once regretted.

Fluent in Mandarin, Cantonese, and English, Li oversees an army recruiting station in Los Angeles, a position he has held for four years.  His language skills give him an advantage most people do not have.  The army has over 150 positions to choose from, including service, maintenance, and medical support roles.

Chinese living in the US enjoy the company of fellow Chinese because adjusting to a foreign culture is not easy.  Li stressed that joining the army can be a healthy emersion path for Chinese recruits.  Li feels one reason the army suspended its international recruitment program had to do with safety and security concerns.

Chinese parents typically encourage their children to become doctors, lawyers, and engineers. But for those who choose such career paths, they will need a student loan to ease the financial burden.

Chen said that for those who want to go to college while serving in the army, then education assistance is available.  The army offers a variety of programs that help with college tuition for those pursuing an undergraduate degree or even a doctorate, should that be the goal.

At a recent recruiting meeting, Chen noticed over 20 Chinese in attendance. He found out later they were from immigrant families new to America.

Chen said the education benefits the army provides appeal to lower-income families. And he reminds people that bullying is not tolerated in the army and has been in sharp decline over the years.