HEADLINE More than 1.6M without power amid powerful storm

More than 1.6M without power amid powerful storm 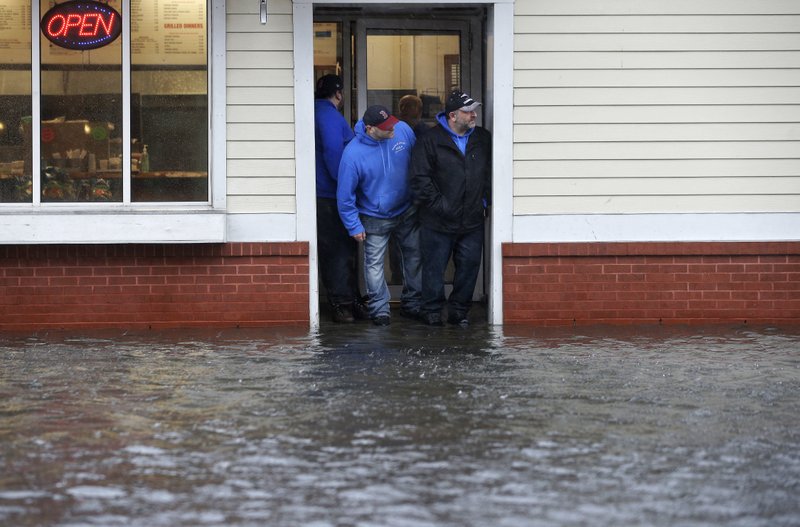 More than 1.6 million homes and businesses are without power amid a winter storm stalled over the eastern U.S.

From North Carolina to Maine and westward to Michigan, the storm has felled trees, downed power lines and blown down buildings under construction.

The poweroutage.us website, reports the most outages in Pennsylvania, where 376,000 homes and businesses had no power Friday afternoon.

The Tappan Zee Bridge in New York and bridges in Rhode Island were closed to heavy trucks because of high winds.

The National Weather Service says a winter storm hitting the Northeastern U.S. is becoming a storm “we will never forget.”

In Boston’s Seaport district, roads and sidewalks flooded and waves of several feet kicked up tree branches, plastic bottles and even a wooden chest. Several roads were closed because of flooding.

Meteorologist Bill Simpson of the National Weather Service in Massachusetts says the nor’easter has been causing wind gusts over 80 mph on Cape Cod and is stalling over the region, rather than moving up the coast.

New York City’s airports were disrupted. About a third of the flights at Kennedy Airport were cancelled by mid-afternoon. Airport officials say flights were departing and arriving on a “limited basis” because of high winds. All inbound traffic to LaGuardia airport was also being held.