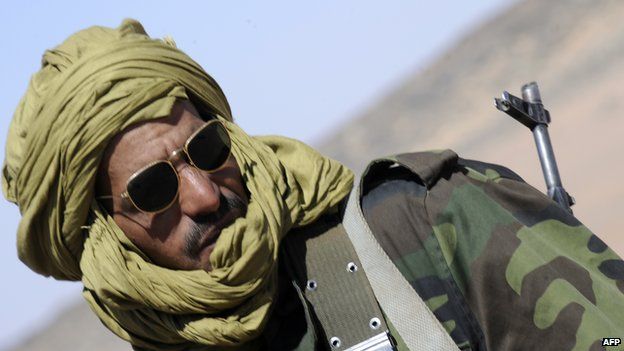 Citing Tehran's support to separatists in Western Sahara, Morocco announced on Tuesday to sever ties with Iran, only a few years after normalizing their diplomatic relationship.

In a statement to the press, Moroccan Foreign Minister Nasser Bourita said his country will expel the Iranian ambassador to Morocco and close its embassy in Tehran over Iran's backing of Western Sahara's separatist movement the Polisario Front.

The Moroccan foreign minister said his country has "strong evidence" of Iran's involvement through its Lebanese ally Hezbollah in supporting the Polisario Front militarily and through training of its members to undermine Morocco's security and stability.

Bourita said he officially presented the evidence to his Iranian counterpart earlier in Tehran, which included documentation of arms delivery to the rebel group.

The Moroccan-Iranian rivalry is not new and dates back to the Iranian revolution in 1979. Morocco, along with the majority of Sunni Muslim countries, were critical and suspicious of Iran's plans in the region.

With changing regional climate in the early 1990s, the two countries decided to restore diplomatic ties.

In 2009, Morocco severed relations with Iran, accusing Tehran of supporting the efforts to convert Moroccans, who are predominantly Sunni, to Shia Islam, as well as questioning the sovereignty of its Gulf ally Bahrain.

Then there was a gradual improvement in their ties, which culminated in the full restoration of the diplomatic ties in late 2016.

However, throughout the previous decades, Morocco has been critical of Tehran's moves in the Middle East, especially towards its Gulf allies, which voiced support to Rabat's latest move.

"We stand with Morocco in its concern for its national issues and against Iranian interference in its internal affairs. Our position is constant in good times and adversity," Minister of State for Foreign Affairs of the United Arab Emirates (UAE) Anwar Gargash said in a tweet.

Bahrain lauded Morocco's right decision to sever relations with Iran as a result of the latter's support for enemies and its cooperation with the "terror group" Hezbollah, said Khalifa.